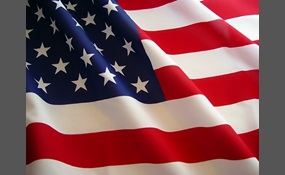 General of the Army Douglas MacArthur was an American general and field marshal of the Philippine Army who was Chief of Staff of the United States Army during the 1930s and played a prominent role in the Pacific theater during World War II. He recei... ved the Medal of Honor for his service in the Philippines Campaign, which made him and his father Arthur MacArthur, Jr., the first father and son to be awarded the medal. He was one of only five men ever to rise to the rank of General of the Army in the U.S. Army, and the only man ever to become a field marshal in the Philippine Army.Raised in a military family in the American Old West, MacArthur was valedictorian at the West Texas Military Academy, and First Captain at the United States Military Academy at West Point, where he graduated top of the class of 1903. During the 1914 United States occupation of Veracruz, he conducted a reconnaissance mission, for which he was nominated for the Medal of Honor. In 1917, he was promoted from major to colonel and became chief of staff of the 42nd Division. In the fighting on the Western Front during World War I, he rose to the rank of brigadier general, was again nominated for a Medal of Honor, and was awarded the Distinguished Service Cross twice and the Silver Star seven times   more
7 votes
0 comments
Douglas MacArthur - Voter Comments
No Comments
Vote & Comment
2

Dwight David "Ike" Eisenhower was the 34th President of the United States from 1953 until 1961. He was a five-star general in the United States Army during World War II and served as Supreme Commander of the Allied Forces in Europe; he had responsib... ility for planning and supervising the invasion of North Africa in Operation Torch in 1942–43 and the successful invasion of France and Germany in 1944–45 from the Western Front. In 1951, he became the first supreme commander of NATO.Eisenhower was of Pennsylvania Dutch ancestry and was raised in a large family in Kansas by parents with a strong religious background. He attended and graduated from West Point and later married and had two sons. After World War II, Eisenhower served as Army Chief of Staff under President Harry S. Truman then assumed the post of President at Columbia University.Eisenhower entered the 1952 presidential race as a Republican to counter the non-interventionism of Senator Robert A. Taft and to crusade against "Communism, Korea and corruption". He won by a landslide, defeating Democrat Adlai Stevenson and ending two decades of the New Deal Coalition. In the first year of his presidency, Eisenhower deposed the leader of Iran in the 1953 Iranian coup d'état and used nuclear threats to conclude the Korean War with China. His New Look policy of nuclear deterrence gave priority to inexpensive nuclear weapons while reducing the funding for conventional military forces; the goal was to keep pressure on the Soviet Union and reduce federal deficits. In 1954, Eisenhower first articulated the domino theory in his description of the threat presented by the spread of communism. The Congress agreed to his request in 1955 for the Formosa Resolution, which enabled him to prevent Chinese communist aggression against Chinese nationalists and established the U.S. policy of defending Taiwan. When the Soviets launched Sputnik in 1957, he had to play catch-up in the space race. Eisenhower forced Israel, the UK, and France to end their invasion of Egypt during the Suez Crisis of 1956. In 1958, he sent 15,000 U.S. troops to Lebanon to prevent the pro-Western government from falling to a Nasser-inspired revolution. Near the end of his term, his efforts to set up a summit meeting with the Soviets collapsed because of the U-2 incident. In his 1961 farewell address to the nation, Eisenhower expressed his concerns about future dangers of massive military spending, especially deficit spending, and coined the term "military–industrial complex"   more
4 votes
0 comments
General Eisenhower - Voter Comments
No Comments
Vote & Comment
3

George S. Patton, Sr. Was a Confederate Colonel during the American Civil War. He is famous for being the grandfather of World War II hero George S. Patton. He was born in Fredericksburg, Virginia, graduated from Virginia Military Institute, Class o... f 1852, second in a class of 24. After graduation, George Smith Patton studied law and practiced in Charleston, Virginia. When the American Civil War broke out, he served in the 22nd Virginia Infantry of the Confederate States of America. He was wounded at the Battle of Scary Creek in present-day West Virginia on July 17, 1861, and later killed at the Battle of Opequon, also known as the Third Battle of Winchester. The Confederate Congress had promoted Colonel Patton to brigadier general; however, at the time, he had already died of battle wounds, so that promotion was never official. He was married to Susan Thornton Glassell. One of their grandsons was World War II hero George S. Patton   more
4 votes
0 comments
George S. Patton - Voter Comments
No Comments
Vote & Comment
4

Chester William Nimitz was a Fleet Admiral of the United States Navy. He played a major role in the Naval history of World War II as Commander in Chief, United States Pacific Fleet, for U.S. naval forces and Commander in Chief, Pacific Ocean Areas, ... for U.S. and Allied air, land, and sea forces during World War II.Nimitz was the leading U.S. Navy authority on submarines, as well as Chief of the Navy's Bureau of Navigation in 1939. He served as Chief of Naval Operations from 1945 until 1947. He was the United States' last surviving Fleet Admiral   more
1 vote
1 comment
Chester W. Nimitz - Voter Comments

conservativelogic says2014-04-02T15:26:03.5069893-05:00
Report Post
His island hoping strategy saved thousands of American lives by bypassing Japanese strongholds. The costliest campaign, in the Philippines, was a distraction forced upon him by McArthur.
Vote & Comment
No comments yet.
Leave a comment...
(Maximum 900 words)
Privacy Policy | Terms of Use
Sitemap | View Desktop Version
©2021 Debate.org. All rights reserved.