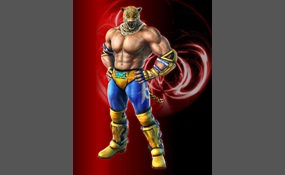 There are a number of good beat-em-ups out for the consoles at the moment. Which one is the best?

Mortal Kombat X is an upcoming 2015 fighting game currently in development by NetherRealm Studios. It is the tenth main title in the Mortal Kombat series, with a release scheduled for April 14, 2015. The game is being developed for Microsoft Windows... , PlayStation 4 and Xbox One, and is expected to be ported to PlayStation 3 and Xbox 360 by another developer   more
3 votes
0 comments
Mortal Kombat - Voter Comments
No Comments
Vote & Comment
2

Injustice: Gods Among Us

Injustice: Gods Among Us is a fighting video game based upon the fictional universe of DC Comics. The game was developed by NetherRealm Studios and published by Warner Bros. Interactive Entertainment for the PlayStation 3, Wii U, and Xbox 360. It wa... s released in April 2013 in North America, Europe, and Australia, and June 2013 in Japan. An iOS variation of the game was released on April 3, 2013. The game was also ported to Android in November 21, 2013.On October 7, 2013 it was announced that the game would be re-released in the form of the Ultimate Edition on November 12, 2013 in North America and November 29 in Europe and other territories for the PlayStation 3 and Xbox 360, as well as Microsoft Windows, PlayStation 4 and PlayStation Vita. The Ultimate Edition includes all of the previously released DLC   more
1 vote
0 comments
Injustice: Gods Among Us - Voter Comments
No Comments
Vote & Comment
3

Super Smash Bros. Brawl, known in Japan as Dairantō Smash Brothers X, is the third installment in the Super Smash Bros. Series of crossover fighting games, developed by an ad hoc development team consisting of Sora, Game Arts, and staff from other d... evelopers, and published by Nintendo for the Wii video game console. Brawl was announced at a pre-E3 2005 press conference by Nintendo president and Chief Executive Officer Satoru Iwata. Masahiro Sakurai, director of the previous two games in the series, assumed the role of director for the third installment at the request of Iwata. Game development began in October 2005 with a creative team that included members from several Nintendo and third-party development teams. After delays due to development problems, the game was finally released on January 31, 2008, in Japan; March 9, 2008, in North America; June 26, 2008, in Australia; and June 27, 2008, in Europe. Twenty-seven months after its original Japanese release, the game was released in Korea, on April 29, 2010.The number of playable characters in Brawl has grown from that in Super Smash Bros   more
1 vote
0 comments
Super Smash Bros. - Voter Comments
No Comments
Vote & Comment
4

The King of Fighters

Tekken Tag Tournament 2 is the eighth main installment in the Tekken fighting game series, originally released in Japanese arcades on September 14, 2011. It received an update, subtitled Unlimited, on March 27, 2012. A console version based on the u... pdate was released for PlayStation 3 and Xbox 360 in September 2012, accompanied by an extensive promotional campaign. It was also ported to the Wii U as one of the system's launch titles in November 2012, subtitled Wii U Edition.Like the original Tekken Tag Tournament, the game includes almost every character from past Tekken games, giving it the largest playable roster in a Tekken game to date. Players can choose either a team of two characters on each side or a solo character. Tekken Tag Tournament 2 has been positively received by critics, earning averaged review scores in the range of 82-83% at both GameRankings and Metacritic for the PlayStation 3, Wii U and Xbox 360 versions, as well as several fighting game of the year awards   more
0 votes
0 comments
Tekken - Voter Comments
No Comments
Vote & Comment
No comments yet.
Leave a comment...
(Maximum 900 words)
Privacy Policy | Terms of Use
Sitemap | View Desktop Version
©2021 Debate.org. All rights reserved.