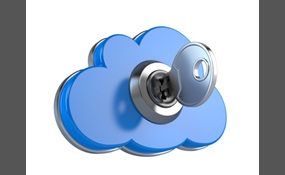 I have been working very hard on consolidating on OneDrive. A few bumps along the way, but happy with most of it. Looking for comments/discussion.

OneDrive (previously SkyDrive, Windows Live SkyDrive and Windows Live Folders) is a file hosting service that allows users to upload and sync files to a cloud storage and then access them from a web browser or their local device. It is part of the s... uite of online services formerly known as Windows Live and allows users to keep the files private, share them with contacts, or make the files public. Publicly shared files do not require a Microsoft account to access   more
1 vote
0 comments
OneDrive (SkyDrive) - Voter Comments
No Comments
Vote & Comment
3

Dropbox is a file hosting service operated by Dropbox, Inc., headquartered in San Francisco, California, that offers cloud storage, file synchronization, personal cloud, and client software. Dropbox allows users to create a special folder on their c... omputers, which Dropbox then synchronizes so that it appears to be the same folder regardless of which computer is used to view it. Files placed in this folder are also accessible via the Dropbox website and mobile apps. Dropbox was founded in 2007 by Drew Houston and Arash Ferdowsi, as a Y Combinator startup company. Dropbox provides client software for Microsoft Windows, Mac OS X, Linux, Android, iOS, BlackBerry OS and web browsers, as well as unofficial ports to Symbian, Windows Phone, and MeeGo   more
0 votes
0 comments
Dropbox - Voter Comments
No Comments
Vote & Comment
Leave a comment...
(Maximum 900 words)