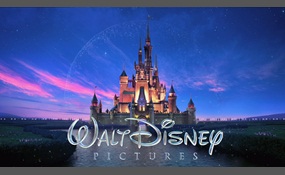 Best Disney Movie Of All Time?

The Hunchback of Notre Dame

Madacy Kids brings to life Victor Hugo's classic novel for this entry in their animated Children's Film Favorites series. Centering on the deformed Quasimodo, Children's Film Favorites: The Hunchback of Notre Dame is set in 17th-century France. Afte... r being ridiculed all his life, the good-hearted bell-ringer surprises everyone when he heroically rescues the beautiful Esmeralda   more
1 vote
0 comments
The Hunchback of Notre Dame - Voter Comments
No Comments
Vote & Comment
8

Lady And The Tramp

One Hundread And One Dalmations

Sword In The Stone

Mulan is a 1998 American animated musical action-comedy-drama film produced by Walt Disney Feature Animation based on the Chinese legend of Hua Mulan. The 36th animated feature in the Walt Disney Animated Classics, it was directed by Tony Bancroft a... nd Barry Cook, with story by Robert D. San Souci and screenplay by Rita Hsiao, Philip LaZebnik, Chris Sanders, Eugenia Bostwick-Singer, and Raymond Singer. Ming-Na, Eddie Murphy, Miguel Ferrer and BD Wong star in the English version, while Jackie Chan provided his voice for the Chinese dubs of the film. The film's plot takes place during the Han Dynasty, where Fa Mulan, daughter of aged warrior Fa Zhou, impersonates a man to takes her father's place during a general conscription to counter a Hun invasion.Released during the Disney Renaissance, Mulan was the first of three features produced primarily at the Disney animation studio at Disney-MGM Studios in Orlando, Florida. Development for the film began in 1994, when a number of artistic supervisors were sent to China to receive artistic and cultural inspiration   more
0 votes
0 comments
Mulan - Voter Comments
No Comments
Vote & Comment
24

Princess And The Frog