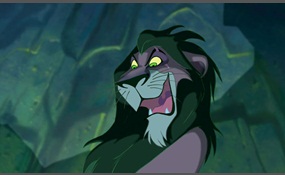 "Poor Unfortunate Souls" is a song from the Walt Disney Pictures animated film The Little Mermaid. Written by Howard Ashman and Alan Menken and performed by Pat Carroll, "Poor Unfortunate Souls" is sung to Princess Ariel by Ursula the Sea Witch. In ... a style that combines Broadway Theatre with Burlesque, Ursula uses the song to seduce Ariel into trading her voice for the chance to temporarily become human.Howard Ashman recorded a version of the song with himself in the role of Ursula, to send to Carroll to convince her to take the role, which it did. This version was released in the four-CD set The Music Behind the Magic. Carroll admits that she borrowed some of the inflections she used in the song from Ashman's performance, and that he had been delighted she had done so."Poor Unfortunate Souls" is also noteworthy for Ursula's incantation at the end of the song actually being sung, rather than merely recited. Accompanied by Gothic organ music, the spell features words somewhat twisted from normal everyday words, only strung together extremely quickly:A short reprise of this song is featured later in the original Disney movie being sung by Vanessa. This reprise is sometimes referred to as "Vanessa's Song". It has never been included on a sound recording from Disney, nor has it ever received any sort of official acknowledgment from the company   more
1 vote
1 comment
Poor Unfortunate Souls - Voter Comments