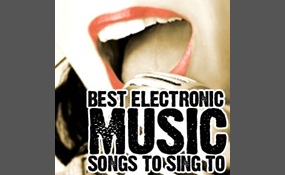 Sonny John Moore, better known by his stage name Skrillex, is an American electronic musician and singer-songwriter. Growing up in Northeast Los Angeles and in Northern California, Sonny Moore joined the American post-hardcore band From First to Las... t as the lead singer in 2004, and recorded two studio albums with the band before leaving to pursue a solo career in 2007. He began his first tour as a solo artist in late 2007. After recruiting a new band lineup, Moore joined the Alternative Press Tour to support bands such as All Time Low and The Rocket Summer, and appeared on the cover of Alternative Press' annual "100 Bands You Need to Know" issue.After releasing the Gypsyhook EP in 2009, Moore was scheduled to record his debut studio album, Bells, with producer Noah Shain. However, he ceased production of the album and began performing under the name Skrillex. After releasing the My Name Is Skrillex EP for free download on his official MySpace page, he released the Scary Monsters and Nice Sprites EP in late–2010 and More Monsters and Sprites EP in mid–2011. Both have since become moderate commercial successes. On November 30, 2011, he was nominated for a total of five Grammy Awards at the 54th Grammy Awards, including Best New Artist and won three: "Best Dance/Electronica Album", "Best Dance Recording", and "Best Remixed Recording, Non-Classical". On December 5, 2011, the BBC announced that he had been nominated for their Sound of 2012 poll. On December 12, 2011, he was also named MTV's Electronic Dance Music Artist of the Year. Skrillex has won a total of six Grammy Awards   more
1 vote
0 comments
Skrillex - Voter Comments
No Comments
Vote & Comment
2

Dubstep is a genre of electronic dance music that originated in South London, England. It emerged in the late 1990s as a development within a lineage of related styles such as 2-step garage, broken beat, drum and bass, jungle, dub and reggae. In the...  UK the origins of the genre can be traced back to the growth of the Jamaican sound system party scene in the early 1980s. The music generally features syncopated drum and percussion patterns with bass lines that contain prominent sub bass frequencies.The earliest dubstep releases date back to 1998, and were usually featured as B-sides of 2-step garage single releases. These tracks were darker, more experimental remixes with less emphasis on vocals, and attempted to incorporate elements of breakbeat and drum and bass into 2-step. In 2001, this and other strains of dark garage music began to be showcased and promoted at London's night club Plastic People, at the "Forward" night, which went on to be considerably influential to the development of dubstep. The term "dubstep" in reference to a genre of music began to be used by around 2002 by labels such as Big Apple, Ammunition, and Tempa, by which time stylistic trends used in creating these remixes started to become more noticeable and distinct from 2-step and grime   more
1 vote
0 comments
Dubstep - Voter Comments
No Comments
Vote & Comment
3

Calvin Harris is one of the most intense dj's in the world which is the master of the house music. Favorite songs : We Are Golden , Flashback , Im not alone.
1 vote
0 comments
Calvin Harris - Voter Comments
No Comments
Vote & Comment
4

Richard Melville Hall, known by his stage name Moby, is an American singer-songwriter, musician, DJ and photographer. He is well known for his electronic music, vegan lifestyle, and support of animal rights. Moby has sold over 20 million albums worl... dwide. Allmusic considers him "one of the most important dance music figures of the early '90s, helping bring the music to a mainstream audience both in the UK and in America". Moby gained attention in the early 1990s with his electronic dance music work, which experimented in the techno and breakbeat hardcore genres. With his fifth studio album, the electronica and house-influenced Play, he gained international success. Originally released in mid-1999, the album sold 6,000 copies in its first week, and it re-entered the charts in early 2000 and became an unexpected hit, producing eight singles and selling over 10 million copies worldwide. Moby followed the album in 2002 with 18, which was also successful, selling over 5 million copies worldwide and receiving mostly positive reviews, though some criticized it for being too similar to Play. His next major release, 2005's mostly upbeat Hotel was a stylistic departure, incorporating more alternative rock elements than previous albums, and received mixed reviews. It sold around 2 million copies worldwide. After 2008's dance-influenced Last Night, he returned to the downtempo electronica of Play and 18 with 2009's mostly-ambient Wait for Me, finding higher critical acclaim and moderate sales, as well as 2011's Destroyed. Moby's latest album, Innocents, was released on October 1, 2013   more
0 votes
0 comments
Moby - Voter Comments
No Comments
Vote & Comment
6

Mathangi "Maya" Arulpragasam better known by her stage name M.I.A., is a British recording artist, songwriter, painter and director. The moniker "M.I.A." is both a play on her own name and a reference to the abbreviation for Missing in Action. Her c... ompositions combine elements of electronic, dance, alternative, hip hop and world music. Arulpragasam began her career in 2000 as a visual artist, filmmaker and designer in west London before beginning her recording career in 2002. Since rising to prominence in early 2004 for her singles "Sunshowers" and "Galang", charting in the UK and Canada and reaching number 11 on the Billboard Hot Dance Singles Sales in the US, she has been nominated for an Academy Award, two Grammy Awards and the Mercury Prize. She released her début album Arular in 2005 and second album Kala in 2007 both to universal critical acclaim. Arular charted in Norway, Belgium, Sweden, Japan and the US, where it reached number 16 on the Billboard Independent Albums chart and number three on the Dance/Electronic Albums chart. Kala was certified silver in the United Kingdom and gold in Canada and the United States, where it topped the Dance/Electronic Albums chart. It also charted in several countries across Europe, in Japan and Australia. The album's first single "Boyz" reached the Top 10 in Canada and on the Billboard Hot Dance Singles Sales in 2007, becoming her first Top 10 charting single. The single "Paper Planes" peaked in the Top 20 worldwide and reached number four on the Billboard Hot 100. "Paper Planes" was certified gold in New Zealand and three times platinum in Canada and the US where, as of November 2011, it is ranked the seventh best-selling song by a British artist in the digital era. It has become XL Recordings' second best-selling single to date. M.I.A.'s third album Maya was released in 2010 soon after the controversial song-film short "Born Free". This became her highest-charting album in the UK and the US, reaching number nine on the Billboard 200, topping the Dance/Electronic Albums chart and debuting in the Top 10 in Finland, Norway, Greece and Canada. The single "XXXO" reached the Top 40 in Belgium, Spain and the UK. M.I.A. Has embarked on four global headlining tours and is the founder of her own multimedia label, N.E.E.T.. Her fourth studio album, Matangi, was released in 2013   more
0 votes
0 comments
M.I.A. - Voter Comments
No Comments
Vote & Comment
Leave a comment...
(Maximum 900 words)