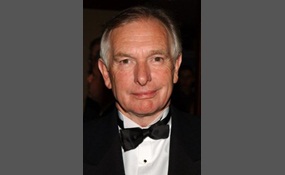 The Truman Show is a 1998 American satirical social science fiction comedy-drama film directed by Peter Weir and written by Andrew Niccol. The cast includes Jim Carrey as Truman Burbank, Laura Linney, Noah Emmerich, Ed Harris and Natascha McElhone. ... The film chronicles the life of a man who is initially unaware that he is living in a constructed reality television show, broadcast around the clock to billions of people around the globe. Truman becomes suspicious of his perceived reality and embarks on a quest to discover the truth about his life.The genesis of The Truman Show was a spec script by Niccol, inspired by an episode of The Twilight Zone called "Special Service". The original draft was more in tone of a science fiction thriller, with the story set in New York City. Scott Rudin purchased the script, and immediately set the project up at Paramount Pictures. Brian De Palma was in contention to direct before Weir took over and managed to make the film for $60 million against the estimated $80 million budget. Niccol rewrote the script simultaneously as the filmmakers were waiting for Carrey's schedule to open up for filming   more
3 votes
1 comment
The Truman Show - Voter Comments

Schizoidmouse says2014-11-26T05:32:32.3897659-06:00
Report Post
The Truman Show was a fabulous culture shock for viewing audiences. We are watching people, watch a man live out his life while being aided by actors for the sake of drama. It's just like watching a soap opera with a real person not aware of themselves being toyed around. With powerful performances from Jim Carrey utilizing his comedic talents in a serious way and Ed Harris as the god like creator, The Truman Show is a masterpiece among movies bringing both a chuckle and a tear to our eye.
Vote & Comment
2

Picnic at Hanging Rock is a 1975 Australian mystery drama film directed by Peter Weir and starring Anne-Louise Lambert, Helen Morse, Rachel Roberts, Vivean Gray and Dominic Guard. The film was adapted by Cliff Green from the 1967 novel of the same n... ame by Joan Lindsay.The film relates the story of the disappearance of several schoolgirls and their teacher during a picnic to Hanging Rock on St. Valentine's Day in 1900, and the subsequent effect on the local community. Picnic at Hanging Rock was a commercial and critical success   more
0 votes
0 comments
Picnic at Hanging Rock - Voter Comments
No Comments
Vote & Comment
3

Dead Poets Society is a 1989 American drama film written by Tom Schulman, directed by Peter Weir and starring Robin Williams. Set at the conservative and aristocratic Welton Academy in the northeast United States in 1959, it tells the story of an En... glish teacher who inspires his students through his teaching of poetry.The film received critical acclaim and box office success; it was also BAFTA's best film and best foreign film in France and Italy. Schulman received an Academy Award for Best Original Screenplay for his work   more
0 votes
0 comments
Dead Poets Society - Voter Comments
No Comments
Vote & Comment
4

Witness is a 1985 American thriller film directed by Peter Weir and starring Harrison Ford and Kelly McGillis. The screenplay by William Kelley, Pamela Wallace, and Earl W. Wallace focuses on a detective protecting a young Amish boy who becomes a ta... rget after he witnesses a murder in Philadelphia.The film was nominated for eight Academy Awards and won two, for Best Original Screenplay and Best Film Editing. It was also nominated for seven BAFTA Awards, winning one for Maurice Jarre's score, and was also nominated for six Golden Globe Awards. William Kelley and Earl W. Wallace won the Writers Guild of America Award for Best Original Screenplay and the 1986 Edgar Award for Best Motion Picture Screenplay presented by the Mystery Writers of America   more
0 votes
0 comments
Witness - Voter Comments
No Comments
Vote & Comment
5

The Cars That Ate Paris

The Cars That Ate Paris is a 1974 Australian horror comedy film. Directed by Peter Weir, it was his first feature film. Shot mostly in the rural town of Sofala, New South Wales, the film is set in the fictional town of Paris in which most of the inh... abitants appear to be directly, or indirectly, involved in profiting from the results of car accidents   more
0 votes
0 comments
The Cars That Ate Paris - Voter Comments
No Comments
Vote & Comment
6

Master and Commander: The Far Side of the World

Master and Commander: The Far Side of the World is a 2003 epic historical drama film co-written and directed by Peter Weir, starring Russell Crowe as Jack Aubrey, with Paul Bettany as Stephen Maturin and released by 20th Century Fox, Miramax Films a... nd Universal Studios. The film's plot and characters are adapted from three novels in author Patrick O'Brian's Aubrey–Maturin series, which includes 20 completed novels of Jack Aubrey's naval career.At the 76th Academy Awards, the film was nominated for 10 Oscars, including Best Picture. It won in two categories, Best Cinematography and Best Sound Editing and lost in all other categories to The Lord of the Rings: The Return of the King   more
0 votes
0 comments
Master and Commander: The Far Side of the World - Voter Comments
No Comments
Vote & Comment
7

The Way Back is a 2010 epic drama film directed by Peter Weir, from a screenplay by Weir and Keith Clarke. The film is inspired by The Long Walk, the memoir by former Polish POW Sławomir Rawicz, who escaped from a Soviet Gulag and walked 4,000 miles...  to freedom in World War II, and stars Jim Sturgess, Colin Farrell, Ed Harris, and Saoirse Ronan, with Alexandru Potocean, Sebastian Urzendowsky, Gustaf Skarsgård, Dragoş Bucur, and Mark Strong.The film was nominated for the Academy Award for Best Makeup   more
0 votes
0 comments
The Way Back - Voter Comments
No Comments
Vote & Comment
8

Fearless, also known as Huo Yuanjia in Chinese, and as Jet Li's Fearless in the United Kingdom and in the United States, is a 2006 Chinese-Hong Kong martial arts film directed by Ronny Yu and starring Jet Li. It is loosely based on the life of Huo Y... uanjia, a Chinese martial artist who challenged foreign fighters in highly publicised events, restoring pride and nationalism to China at a time when Western imperialism and Japanese manipulation were eroding the country in the final years of the Qing Dynasty before the birth of the Republic of China. Li stated in an interview that this film is his last wushu martial arts epic, a point also made in the film's television promotions and other publicity.Fearless was released on 26 January 2006 in Hong Kong, on 23 June 2006 in the United Kingdom, and on 22 September 2006 in the United States   more
0 votes
0 comments
Fearless - Voter Comments
No Comments
Vote & Comment
9

Green Card is a 1990 romantic comedy film written, produced, directed by Peter Weir and starring Gérard Depardieu and Andie MacDowell. The screenplay focuses on an American woman who enters into a marriage of convenience with a Frenchman so he can o... btain a green card and remain in the United States. Depardieu won the Golden Globe Award for Best Actor. The film won the Golden Globe for Best Motion Picture – Musical or Comedy, and was nominated for an Academy Award for Best Original Screenplay   more
0 votes
0 comments
Green Card - Voter Comments
No Comments
Vote & Comment
10

The Year of Living Dangerously

The Year of Living Dangerously is a 1982 drama film directed by Peter Weir and adapted from the novel The Year of Living Dangerously by Christopher Koch. The story is about a love affair set in Indonesia during the overthrow of President Sukarno. It...  follows a group of foreign correspondents in Jakarta on the eve of an attempted coup by the 30 September Movement in 1965.The film stars Mel Gibson as Guy Hamilton, an Australian journalist, and Sigourney Weaver as Jill Bryant, a British Embassy officer. It also stars Linda Hunt as the male dwarf Billy Kwan, Hamilton's local photographer contact, a role for which Hunt won the 1983 Academy Award for Best Supporting Actress. The film was shot in both Australia and the Philippines and includes Australian actors Bill Kerr as Colonel Henderson and Noel Ferrier as Wally O'Sullivan.It was banned from being shown in Indonesia until 1999, after the forced resignation of coup-leader and political successor Suharto in 1998. The title The Year of Living Dangerously is a quote which refers to a famous Italian phrase used by Sukarno; vivere pericolosamente, meaning "living dangerously"   more
0 votes
0 comments
The Year of Living Dangerously - Voter Comments
No Comments
Vote & Comment
11

The Plumber is a 1979 Australian psychological thriller film. Written and directed by Peter Weir, The Plumber was originally made and broadcast as a television film in Australia in 1979 but was subsequently released to theaters in several countries ... beginning with the United States in 1981. The film was made shortly after Weir's critically acclaimed Picnic at Hanging Rock became one of the first Australian films to appeal to an international audience. The film stars Judy Morris, Ivar Kants, and Robert Coleby, all of them being most notable as actors in Australian soap operas   more
0 votes
0 comments
The Plumber - Voter Comments
No Comments
Vote & Comment
12

Gallipoli is a 1981 Australian film directed by Peter Weir and starring Mel Gibson and Mark Lee, about several young men from rural Western Australia who enlist in the Australian Army during the First World War. They are sent to the peninsula of Gal... lipoli in the Ottoman Empire, where they take part in the Gallipoli Campaign. During the course of the movie, the young men slowly lose their innocence about the purpose of war. The climax of the movie occurs on the Anzac battlefield at Gallipoli and depicts the futile attack at the Battle of the Nek on 7 August 1915.Gallipoli provides a faithful portrayal of life in Australia in the 1910s—reminiscent of Weir's 1975 film Picnic at Hanging Rock set in 1900—and captures the ideals and character of the Australians who joined up to fight, as well as the conditions they endured on the battlefield. It does, however, modify events for dramatic purposes and contains a number of significant historical inaccuracies.It followed the Australian New Wave war film Breaker Morant and preceded the 5-part TV series ANZACs, and The Lighthorsemen   more
0 votes
0 comments
Gallipoli - Voter Comments
No Comments
Vote & Comment
13