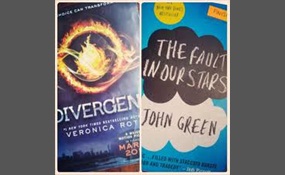 Which book is the best?

Great Expectations is Charles Dickens's thirteenth novel. It is his second novel, after David Copperfield, to be fully narrated in the first person. Great Expectations is a bildungsroman, or a coming-of-age novel, and it is a classic work of Victori... an literature. It depicts the growth and personal development of an orphan named Pip. The novel was first published in serial form in Dickens's weekly periodical All the Year Round, from 1 December 1860 to August 1861. In October 1861, Chapman and Hall published the novel in three volumes.Dickens originally intended Great Expectations to be twice as long, but constraints imposed by the management of All the Year Round limited the novel's length. The novel is collected and dense, with a conciseness unusual for Dickens. According to G. K. Chesterton, Dickens penned Great Expectations in "the afternoon of [his] life and fame." It was the penultimate novel Dickens completed, preceding Our Mutual Friend.It is set among the marshes of Kent and in London in the early to mid-1800s   more
2 votes
1 comment
Great Expectations - Voter Comments

An Abundance of Katherines

An Abundance of Katherines is a young adult novel by John Green. Released in 2006, it was a finalist for the Michael L. Printz Award.An appendix explaining some of the more complex equations Colin uses throughout the story was written by Daniel Biss... , a close friend to Green.Following the announcement of the name of his latest book, The Fault in Our Stars, after which John Green's fans made hundreds of book covers, Penguin announced a contest in which they would allow the fans to design the new cover of An Abundance of Katherines   more
0 votes
0 comments
An Abundance of Katherines - Voter Comments
No Comments
Vote & Comment
4

The Fault in our Stars

Percy Jackson and the Olympians

The If I Stay Series