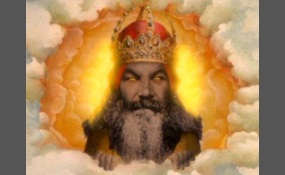 Can the existence of god ever be disproved?

Minnesota is a U.S. state in the Midwestern United States. Minnesota was carved out of the eastern half of the Minnesota Territory and admitted to the Union as the 32nd state on May 11, 1858. Known as the "Land of 10,000 Lakes", the state's name com... es from a Dakota word for "clear water".Minnesota is the 12th largest in area and the 21st most populous of the U.S. States. Nearly 60% of its residents live in the Minneapolis–Saint Paul metropolitan area, the center of transportation, business, industry, education, and government and home to an internationally known arts community. The remainder of the state consists of western prairies now given over to intensive agriculture; deciduous forests in the southeast, now cleared, farmed and settled; and the less populated North Woods, used for mining, forestry, and recreation.Minnesota is known for its relatively mixed social and political orientations and its high rate of civic participation and voter turnout. It ranks among the healthiest states, and has a highly literate population. The large majority of residents are of Scandinavian and German descent. The state is known as a center of Scandinavian American culture   more
18 votes
7 comments
No - Voter Comments

Kreakin says2014-07-24T17:51:21.5694838-05:00
Report Post
But I can't prove that Thor or Ra never existed either, or the Spaghetti Monster or the invisible elephant in my room or well,.. Fortunately without any proof they do exist I don't have to bother which saves a lot of time.

Seido says2014-07-24T18:45:15.5572724-05:00
Report Post
Perhaps once technology advances enough, we will be able to disprove a god's existence. Given our current level of technology though, we can't prove or disprove such a being's existence.