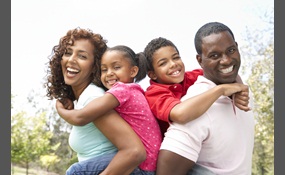 Can you support African American Sovereignty?

Everyone needs to just learn to get along. I really think that is a possibility.
13 votes
3 comments
No - Voter Comments

Everybody can't necessarily get along together so African Americans should have ethnic self determination (if they want it) so as to not have any other group's figurative boot on their figurative throat. African Americans wouldn't have to face discr... imination, racial profiling, etc. if they had their own country where they ran things independently. If African Americans remained in relative poverty in their own country it would be their collective fault alone not any scapegoat or otherwise influence   more
2 votes
2 comments
Yes - Voter Comments

Secssion is not the answer

Over the dead bodies of hundreds of thousands of U.S. soldiers and citizens. To challenge the Federal State's sovereignty over U.S. territory would mean war. "African-Americans" would never be able to organize into a group capable of even starting s... uch a war, much less hope to win   more
1 vote
1 comment
Secssion is not the answer - Voter Comments

Secession is the answer if it means Peace from a nation

I wish we could all get along but I doubt that really ever could materialize. I am undecided but intrigued.
0 votes
0 comments
Maybe - Voter Comments
No Comments
Vote & Comment
Leave a comment...
(Maximum 900 words)

SweetTea says2014-03-31T11:08:22.7033525-05:00
Report Post
I suspect this poll refers to the Sovereign Citizens Movement. If it does, here is some more information regarding ... Http://www.Splcenter.Org/get-informed/intelligence-files/ideology/sovereign-citizens-movement