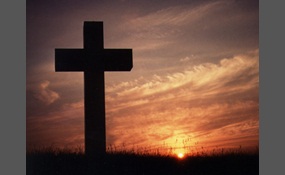 Christians- What Branch Of Christianity Do You Associate Yourself With?

Please specify what specific branch under each category.

Protestantism is a religious movement that encompasses forms of Christian faith and practice that originated with doctrines and religious, political, and ecclesiological impulses of the Protestant Reformation, against what they considered the errors...  of the Roman Catholic Church. The term refers to the letter of protestation by Lutheran princes against the decision of the Diet of Speyer in 1529, which reaffirmed the edict of the Diet of Worms condemning the teachings of Martin Luther as heresy.The Protestant movement has its origins in present-day Germany and is popularly considered to have begun in 1517 when Luther published The Ninety-Five Theses as a reaction against medieval doctrines and practices, especially with regard to salvation, justification, and ecclesiology. The various Protestant denominations share a rejection of the universal authority of the pope and generally deny the Roman Catholic doctrine of transubstantiation, although they disagree among themselves about the doctrine of Christ's presence in the Eucharist   more
7 votes
1 comment
Protestantism - Voter Comments

yetifivepecks says2014-06-19T20:51:06.1474037-05:00
Report Post
I'm not a "Christian" in the traditional sense. I consider Jesus my savior, in that if I had not found faith in him, I would have literally died. Depression is an ugly thing. I am a heretic...I believe in a god, but my concept of god is leaning pantheistic these days.

The Catholic Church, also known as the Roman Catholic Church, is the largest Christian church, with more than 1.2 billion members worldwide. It is among the oldest religious institutions in the world and has played a prominent role in the history of...  Western civilisation. The Catholic hierarchy is headed by the Pope, the Bishop of Rome. The Catholic Church teaches that it is the one true Church founded by Jesus Christ, that its bishops are the successors of Christ's apostles and that the Pope is the sole successor to Saint Peter who has apostolic primacy.The Church maintains that the doctrine on faith and morals that it presents as definitive is infallible. The Catholic Church is Trinitarian and defines its mission as spreading the Gospel of Jesus Christ, administering the sacraments and exercising charity. Catholic worship is highly liturgical, focusing on the Mass or Divine Liturgy in which the sacrament of the Eucharist is celebrated and, the Church teaches, bread and wine become the body and blood of Christ through transubstantiation   more
3 votes
0 comments
Roman Catholic Church - Voter Comments
No Comments
Vote & Comment
4

The Eastern Orthodox Church, officially called the Orthodox Catholic Church, and also referred to as the Orthodox Church and Orthodoxy, identifies itself as the present-day continuation of the theology and episcopacy established by Jesus Christ thro... ugh his Apostles. The Orthodox Church is the second largest Christian church in the world, with an estimated 225–300 million adherents, primarily in Eastern Europe, throughout the Middle East and across Russia. It is the religious affiliation of the majority of the populations of Belarus, Bulgaria, Cyprus, Georgia, Greece, Macedonia, Moldova, Montenegro, Romania, Russia, Serbia, and Ukraine; significant minority populations exist in Bosnia and Herzegovina, Albania, Kazakhstan, Israel, Jordan, Lebanon and Syria. It teaches that it is the One, Holy, Catholic and Apostolic Church established by Jesus Christ in his Great Commission to the disciples almost 2,000 years ago.The Church's structure is composed of several self-governing ecclesial bodies, each geographically distinct but unified in theology and worship   more
1 vote
0 comments
Eastern Orthodox Church - Voter Comments
No Comments
Vote & Comment
5

Nontrinitarianism refers to monotheistic belief systems, primarily within Christianity, which reject the mainstream Christian doctrine of the Trinity, namely, the teaching that God is three distinct hypostases or persons who are co-eternal, co-equal... , and indivisibly united in one being or ousia.According to churches that consider ecumenical council decisions final, trinitarianism was infallibly defined at the 4th-century ecumenical councils, that of First Council of Nicaea, which declared the full divinity of the Son, and the First Council of Constantinople, which declared the divinity of the Holy Spirit. Some councils later than that of Nicaea but earlier than that of Constantinople, such as the Council of Rimini, which has been described as "the crowning victory of Arianism", disagreed with the Trinitarian formula of the Council of Nicaea. Nontrinitarians disagree with the findings of the Trinitarian Councils for various reasons, including the belief that the writings of the Bible take precedence over creeds or that there was a Great Apostasy prior to the Council. Church and State in Europe and the Middle East suppressed nontrinitarian belief as heresy from the 4th to 18th century, notably with regard to Arianism, the teaching of Michael Servetus and Catharism. Today nontrinitarians represent a minority of professed Christians   more
1 vote
0 comments
Nontrinitarianism - Voter Comments
No Comments
Vote & Comment
Leave a comment...
(Maximum 900 words)

LittleBallofHATE says2014-06-20T23:42:52.9888438-05:00
Report Post
The Protestant faith is actually Christianity, as it was originally intended to be practiced. Many people think that the Catholic Church is the original, but this is not true. It is a pagan form of Christianity. And Peter was not the first Pope. He never even traveled to Rome.
Privacy Policy | Terms of Use
Sitemap | View Desktop Version
©2021 Debate.org. All rights reserved.