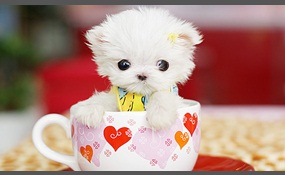 The ferret is the domesticated form of the European Polecat, a mammal belonging to the weasel genus of the family Mustelidae. They typically have brown, black, white, or mixed fur. They have an average length of 20 inches including a 5 inch tail, we... igh about 1.5–4 pounds, and have a natural lifespan of 7 to 10 years. Ferrets are sexually dimorphic predators with males being substantially larger than females.Several other Mustelids also have the word ferret in their common names, including an endangered species, the Black-footed Ferret.The history of the ferret's domestication is uncertain, like that of most other domestic animals, but it is likely that ferrets have been domesticated for at least 2,500 years. They are still used for hunting rabbits in some parts of the world today, but increasingly they are kept simply as pets.Being so closely related to polecats, ferrets are quite easily able to hybridize with them, and this has occasionally resulted in feral colonies of polecat-ferret hybrids that have caused damage to native fauna, perhaps most notably in New Zealand. As a result, some parts of the world have imposed restrictions on the keeping of ferrets   more
2 votes
0 comments
Ferret - Voter Comments
No Comments
Vote & Comment
4

The Scottish Terrier, popularly called the Scottie, is a breed of dog. Initially one of the highland breeds of terrier that were grouped under the name of Skye Terrier, it is one of five breeds of terrier that originated in Scotland, the other four ... being the modern Skye, Cairn, Dandie Dinmont, and West Highland White Terrier. They are an independent and rugged breed with a wiry outer coat and a soft dense undercoat. The First Earl of Dumbarton nicknamed the breed "the diehard." The modern breed is said to be able to trace its lineage back to a single female, named Splinter II.They are a small breed of terrier with a distinctive shape and have had many roles in popular culture. They have been owned by a variety of celebrities, including the 32nd President of the United States, Franklin Delano Roosevelt, whose Scottie "Fala" is included with FDR in a statue in Washington, DC, as well as the 43rd President George W. Bush. They are also well known for being a playing piece in the board game Monopoly. Described as a territorial, feisty dog, they can make a good watchdog and tend to be very loyal to their family. Healthwise, Scottish Terriers can be more prone to bleeding disorders, joint disorders, autoimmune diseases, allergies, and cancer than some other breeds of dog and there is a condition named after the breed called Scotty cramp. They are also one of the more successful dog breeds at the Westminster Kennel Club Dog Show with a recent best in show in 2010   more
1 vote
1 comment
Scottish Terrier - Voter Comments

The llama is a domesticated South American camelid, widely used as a meat and pack animal by Andean cultures since pre-Hispanic times.The height of a full-grown, full-size llama is 1.7 to 1.8 m tall at the top of the head, and can weigh between 130 ... and 200 kg. At birth, a baby llama can weigh between 9 and 14 kg. Llamas can live for about 20–30 years with good care. They are very social animals and live with other llamas as a herd. The wool produced by a llama is very soft and lanolin-free. Llamas are intelligent and can learn simple tasks after a few repetitions. When using a pack, they can carry about 25% to 30% of their body weight for 8–13 km.The name llama was adopted by European settlers from native Peruvians.Llamas appear to have originated from the central plains of North America about 40 million years ago. They migrated to South America about three million years ago. By the end of the last ice age, camelids were extinct in North America. As of 2007, there were over seven million llamas and alpacas in South America, and due to importation from South America in the late 20th century, there are now over 158,000 llamas and 100,000 alpacas in the United States and Canada   more
0 votes
0 comments
Llama - Voter Comments
No Comments
Vote & Comment
18