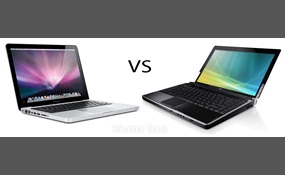 Dell Inc. Is an American privately owned multinational computer technology company based in Round Rock, Texas, United States, that develops, sells, repairs and supports computers and related products and services. Bearing the name of its founder, Mi... chael Dell, the company is one of the largest technological corporations in the world, employing more than 103,300 people worldwide.Dell sells personal computers, servers, data storage devices, network switches, software, computer peripherals, HDTVs, cameras, printers, MP3 players and also electronics built by other manufacturers. The company is well known for its innovations in supply chain management and electronic commerce, particularly its direct-sales model and its "build-to-order" or "configure to order" approach to manufacturing—delivering individual PCs configured to customer specifications. Dell was a pure hardware vendor for much of its existence, but a few years ago with the acquisition of Perot Systems, Dell entered the market for IT services. The company has since made additional acquisitions in storage and networking systems, with the aim of expanding their portfolio from offering computers only to delivering complete solutions for enterprise customers   more
9 votes
1 comment
Dell - Voter Comments

The MacBook is a brand of notebook computers manufactured by Apple Inc. From early 2006 to late 2011. It replaced the iBook series and 12-inch PowerBook series of notebooks as a part of the Apple–Intel transition from PowerPC. Positioned as the low ... end of the MacBook family, below the premium ultra-portable MacBook Air and the powerful MacBook Pro, the Apple MacBook was aimed at the consumer and education markets. It was the best-selling Macintosh in history, and according to the sales-research organization NPD Group in October 2008, the mid-range model of the MacBook was the single best-selling laptop of any brand in US retail stores for the preceding five months.There have been three separate designs of the MacBook: the original model used a combination of polycarbonate and fiberglass casing which was modeled after the iBook G4.The second type, introduced in October 2008 alongside the 15-inch MacBook Pro, used a similar unibody aluminum casing to the 15-inch Pro, and was updated and rebranded as the 13-inch MacBook Pro at the 2009 Apple Worldwide Developers Conference in June 2009.A third design, introduced in October 2009, used a unibody polycarbonate shell as aluminum is now reserved for the higher-end MacBook Pro   more
5 votes
0 comments
MacBook - Voter Comments
No Comments
Vote & Comment
3