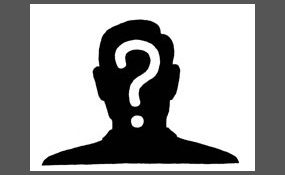 Describe yourself in one word.

All of the Above

Modern humans (Homo sapiens or Homo sapiens sapiens) are the only extant members of the hominin clade, a branch of great apes characterized by erect posture and bipedal locomotion; manual dexterity and increased tool use; and a general trend toward ... larger, more complex brains and societies.[3][4] Early hominids, such as the australopithecines who had more apelike brains and skulls, are less often thought of or referred to as "human" than hominids of the genus Homo[5] some of whom used fire, occupied much of Eurasia, and gave rise to [6][7] anatomically modern Homo sapiens in Africa about 200,000 years ago where they began to exhibit evidence of behavioral modernity around 50,000 years ago and migrated out in successive waves to occupy[8] all but the smallest, driest, and coldest lands; and permanently manned bases in Antarctica, on offshore platforms, and orbiting the Earth. The spread of humans and their large and increasing population has had a destructive impact on large areas of the environment and millions of native species worldwide. Advantages that explain this evolutionary success include a relatively larger brain with a particularly well-developed neocortex, prefrontal cortex and temporal lobes, which enable high levels of abstract reasoning, language, problem solving, sociality, and culture through social learning. Humans use tools to a much higher degree than any other animal, are the only extant species known to build fires and cook their food, as well as the only extant species to clothe themselves and create and use numerous other technologies and arts   more
1 vote
0 comments
Human - Voter Comments
No Comments
Vote & Comment
7

An officer is a member of an armed force or uniformed service who holds a position of authority. Commissioned officers derive authority directly from a sovereign power and, as such, hold a commission charging them with the duties and responsibilitie... s of a specific office or position. Commissioned officers are typically the only persons, in an armed forces environment, able to act as the commanding officer of a military unit. A superior officer is an officer with a higher rank than another officer, who is a subordinate officer relative to the superior.Non-commissioned officers in positions of authority can be said to have control or charge rather than command per se; the use of the word "command" to describe any use of authority is often unofficial.Having officers is one requirement for combatant status under the laws of war, though these officers need not have obtained an official commission or warrant. In such case, those persons holding offices of responsibility within the organization are deemed to be the officers, and the presence of these officers connotes a level of organization sufficient to designate a group as being combatant   more
0 votes
0 comments
Commanding - Voter Comments
No Comments
Vote & Comment
13