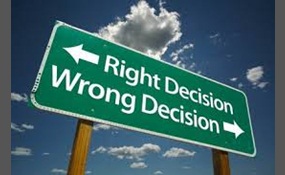 Do Atheists have better moral compass than Theists? 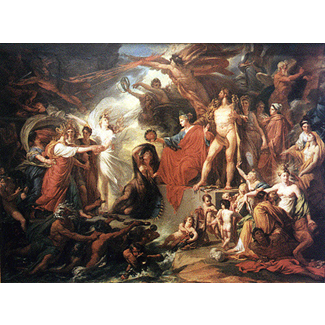 Theists believe that one should have a holy book in order to have morals. The Christians have the Bible, Jewish people have the Torah, Muslims have the Qur'an and atheists have nothing. Humans need to have and accept the guidance and teachings of those who have been through different experiences. From the beginning of the Abrahamic faiths and of Greek philosophy, religion and morality have been closely intertwined. This is true whether we go back within Greek philosophy or within Christianity and Judaism and Islam. Morality stems from religion.

Hanspete says2015-01-30T19:32:09.3604571-06:00
Report Post
Just because you believe one thing over another does not make you more or less of a moral person than someone who believes differently, it is how you act and how you choose to strengthen those morals that truly matter.
Vote & Comment
2 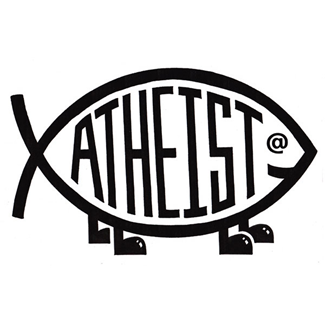 Atheists believe that values, including morality, come from people like themselves; the values and morality are the same whether one believes in gods or not. The morality of atheists is in a sense more noble by definition than the morality of theists. While theists believe that god will punish them for immoral acts and reward them for moral acts, atheists have no motivation to be moral other than their own innate sense of morality. It is morality for its own sake, not out of fear for punishment or desire for reward. Click the link for more reasons: http://de-conversion.com/2009/05/25/10-reasons-atheists-are-more-moral-than-religious-fundamentalists/

reece says2015-01-30T19:10:11.4083122-06:00
Report Post
“With or without religion, you would have good people doing good things and evil people doing evil things. But for good people to do evil things, that takes religion.”― Steven Weinberg. Morality evolves, a lot of religions don't get that.

Mister_Man says2015-01-30T19:25:49.1441639-06:00
Report Post
Whenever an atheist disagrees with the same type of thing a theist disagrees with, it's usually because of logical reasoning and consideration of both sides of the subject to form a conclusion. "God hates fags" is religion causing people to be discriminatory. "Homosexuality does not advance the human race" although is very close-minded, is technically a legitimate reason to dislike homosexuals. So it's basically reason over mindless belief.

briantheliberal says2015-01-30T19:06:23.0890563-06:00
Report Post
In my experience, yes. Atheists do not rely on an ancient, violent book to guide them morally, most just use common sense and critical thinking to know the differences between what is and is not right. Most atheists I know also don't condemn, attack and discriminate against people who don't agree with them. Many Christians I know do exactly that, using the Bible as a shield for their hatred.

briantheliberal says2015-01-30T19:11:33.1780094-06:00
Report Post
PeterSmith, I am aware of that. But I live in the United States where the majority of theists are Christians. I personally do not know many religious people who are not Christians.

UtherPenguin says2015-01-31T11:32:24.4370437-06:00
Report Post
@shaanci_716 This is because since atheism is just the lack of belief in a deity or God then no moral compass is required to be an atheist, meaning that while some atheists might have their own moral compass that is almost completely personal to them and is subjective to many other atheistic moral compasses. This means what seems rational and moral to one atheist may be a complete atrocity to another (take for example the Khmer Rouge that killed thousands of people in Cambodia over things as trivial as class background or intellect). Contrast that to various other religions in which a moral code is already established amongst it's population, so even if you think And in response to @briantheliberal's first comment when he said "most (atheists) just use common sense and critical thinking to know the differences between what is and is not right" however that is taking a huge leap of faith as I doubt Brian has met the majority of atheists, common sense is completely independent of atheism. You don't have to be an atheist to have common sense. That's why it's called "common" sense. Just as their have been several atheist who may have had a rational mindset their are also many who've done very irrational actions (such as Robespierre and Pol Pot) because they thought that their actions were right.

reece says2015-01-31T19:08:06.0967580-06:00
Report Post
What drives the world ford in progress? And whats irrelevant to believe in when doing so? A lack of god is more morel because it shows how you're more connected to the world around you. 93% of the members of the National Academy of Sciences are atheists 1. http://www.strangenotions.com/atheist-scientists/ 2.Https://www.Google.Co.Nz/webhp?Sourceid=chrome-instant&ion=1&espv=2&ie=UTF-8#q=what+percentage+of+atheists+are+scientists&spell=1
Privacy Policy | Terms of Use
Sitemap | View Desktop Version
©2021 Debate.org. All rights reserved.