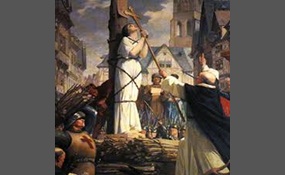 Do heresies still apply in the real world today?

Heresies are religions that split off from another religion in order to expand on beliefs and/or change them. Heresies used to be very broad when it came to this in the past as almost every christian sect was considered a heresy to the other. Do they still apply?

Yes, but mainly with christian religions

The Protestant Reformation, often referred to simply as the Reformation, was the schism within Western Christianity initiated by Martin Luther, John Calvin, and other early Protestant Reformers. Although there had been significant attempts to reform...  the Roman Catholic Church before Luther—notably those of John Wycliffe and Jan Hus—the date most usually given for the start of the Reformation is 1517, when Luther published The Ninety-Five Theses. Luther started by criticizing the relatively recent practice of selling indulgences started by the Roman Catholic Church, partially to fund the construction of the St. Peter's Basilica; he attacked the indulgence system, insisting that the pope had no authority over purgatory and that the doctrine of the merits of the saints had no foundation in the gospel. The debate widened until it touched on many of the doctrines and devotional Catholic practices. The Reformation is generally considered to have concluded in 1648 with the Peace of Westphalia that ended the Thirty Years' War and a wider conflict known as the European wars of religion   more
3 votes
0 comments
Yes, but mainly with christian religions - Voter Comments
No Comments
Vote & Comment
2

Yes, for all religions

Weeds in the garden.
3 votes
2 comments
Yes, for all religions - Voter Comments

The age of classifying people as heretics are long behind us. Society has developed secularism quite well and we have learned to generally tolerate others based off of religions. People no longer wage war because of "heretical religions", but rather...  because of other reasons related to politics. Many previously heretical religions have been integrated into the norm or have generally just disappeared. Cathars, Iconoclasts, Hussites, and several other religions don't really exist anymore. Major religions that are heresies to each other, namely shia and sunni and protestant and catholic, no longer classify the other as heretics   more
2 votes
0 comments
No, heresies don't really apply anymore - Voter Comments
No Comments
Vote & Comment
4

Yes, but mainly with Islamic religions

Sunni and Shia Islam are the two major denominations of Islam. The demographic breakdown between the two denominations is difficult to assess and varies by source, but a good approximation is that 87–89% of the world’s Muslims are Sunni and 11-12% a... re Shia, with most Shias belonging to the Twelver tradition and the rest divided between several other groups. Sunnis are a majority in most Muslim communities: in Southeast Asia, China, South Asia, Africa, and most of the Arab world. Shia make up the majority of the citizen population in Iran, Iraq, and Bahrain, as well as being a politically significant minority in Lebanon. Azerbaijan is predominantly Shia; however, practicing adherents are much lower. Pakistan has the largest Sunni and second-largest Shia Muslim (Twelver) population in the world. The historic background of the Sunni–Shia split lies in the schism that occurred when the Islamic prophet Muhammad died in the year 632, leading to a dispute over succession to Muhammad as a caliph of the Islamic community spread across various parts of the world, which led to the Battle of Siffin. The dispute intensified greatly after the Battle of Karbala, in which Hussein ibn Ali and his household were killed by the ruling Umayyad Caliph Yazid I, and the outcry for his revenge divided the early Islamic community. Today there are differences in religious practice, traditions, and customs, often related to jurisprudence. Although all Muslim groups consider the Quran to be divine, Sunni and Shia have different opinions on hadith   more
0 votes
0 comments
Yes, but mainly with Islamic religions - Voter Comments
No Comments
Vote & Comment
5

Yes, but mainly with Judaism

Heresy in Orthodox Judaism is principally defined as departure from the traditional Jewish principles of faith. Mainstream Orthodox Judaism holds that rejection of the simple meaning of Maimonides' 13 principles of Jewish faith involves heresy, alth... ough the status of creed in Medieval Jewish philosophy involved less canonical centrality than in non-Jewish notions of heresy. In contemporary society, Orthodox Judaism widely holds that Jews distanced from religious identification and practice are considered to be in the Talmudic status of Tinok shenishba, brought up without sufficient knowledge of Judaism to be expected to follow it, and instead should be welcomed to discover Jewish thought and observance as much as possible   more
0 votes
0 comments
Yes, but mainly with Judaism - Voter Comments
No Comments
Vote & Comment
6

Yes, but mainly with eastern religions

Despite the fact that many eastern religions are considered to be "peaceful", heresies still have existed. The notable eastern religious heresy is between Buddhism and neo-Confucianism.
0 votes
0 comments
Yes, but mainly with eastern religions - Voter Comments
No Comments
Vote & Comment
Leave a comment...
(Maximum 900 words)