Do sexists, racists, and other people who discriminate against certain people based on their race, gender, height, age, religion, sexuality, etc deserve to rot in hell?

I'm not goofing around! This is a serious question I have! 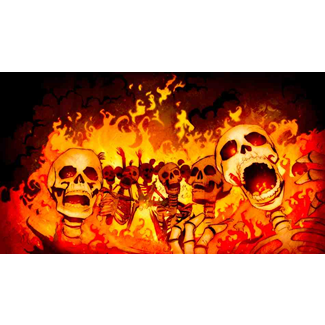 Yes, people who discriminate against anyone of any kind deserve to rot in hell!

6 votes
3 comments
Yes, people who discriminate against anyone of any kind deserve to rot in hell! - Voter Comments

face1995 says2016-06-23T06:00:30.3309269Z
Report Post
In my opinion: Only if they haven't repented of that by the time we hit Judgement Day. The same thing goes for speciesists, classists, shapists, ageists, abilitists, sexual orientationists, and smartists. Need I say too that environmental damagers are in that list too. 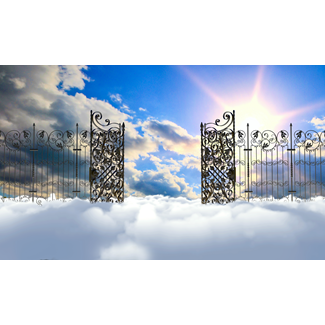 No, people who discriminate may be stupid and ignorant but that doesn't mean they should rot in hell!

4 votes
2 comments
No, people who discriminate may be stupid and ignorant but that doesn't mean they should rot in hell! - Voter Comments

Throwback says2016-07-19T16:32:17.0802935Z
Report Post
You are grouping together very disperate groups, making it difficult to give a clear answer to the question. There are also assumptions within the question to which many good people do not adhere, such as: 1. I have no right to decide who should or will rot in hell. 2. Discriminating does not necessarily mean to treat with malice. 3. One may discriminate and hold as evil certain behaviors without hating those who engage in it. To my first point,: Putting sexuality (homosexuality, bestiality, pedophilia, promiscuity, etc.) into the question alongside race, sex, and other physical characteristics is not proper. Behaviors and physical properties are different ideals. Discriminating on physical characteristics is inherently wrong, unless we are talking about some activity where specific physical requirements must be met (using the women's shower or restroom, service as a Marine infantry soldier, membership to a blacks only organizition, etc.). Discriminating against immoral and destructive behavior is not only not stupid or ignorant, it is positively good.

face1995 says2016-06-23T16:54:40.8684157Z
Report Post
@triangle.128k what is so wrong with questioning society? I do see that he is questioning too much about sexism. I did too, but I wanted to question more about speciesism and animal cruelty. However, I didn't because I didn't know what to ask because I did not think about putting any on DDO because a ton of people view slaughterhouses centers as non cruel areas and put the animals on their plate at a greater importance than letting them live their full lifespan. So questioning about it would have virtually gotten me all controversial answers, like any vegan and animal right thinker and advocator thinks like, in the real all right accepting and demanding form. Not that I am conceited, but in the very least the thinking on animal rights is ignored by most people and some people consider vegans and animal rights believers, especially those who view animals equal to humans psycho, weird, etc. In fact, some people want the government to ban veganism to act against those who pressure others to go vegan. They are able to pressure but they're unable to force others to go vegan. Veganism is a choice, and anything is a choice. One thing is that all choices come with consequences. Even if there was no law enforcement or polices, there would still be consequences. That separates consequences by law and by nature into lawful consequences being human made consequences, and the consequences of nature which might happen outside the control of anyone of course is natural consequences.

Foodiesoul says2016-06-24T03:24:45.2065694Z
Report Post
@UtherPenguin You're right! I'm so sorry but I was pretty angry when I made this poll, angry at the fact that there's so much prejudice in this wicked world! I got extremely carried away with this poll and now, it just looks like it's just too extreme!

SegBeg says2016-07-19T10:28:10.9165896Z
Report Post
@Foodiesoul, Actually, we are all sinners and sinners deserve to burn in hell. The only reason we have not done so is because God loves us too much to let that happen so we have a chance to follow him or go our own way.

BaxterDebate says2016-07-26T13:57:12.2382214Z
Report Post
There will be (Former) Sexist, Raciest, and discriminatory people in heaven, just as there will be the most politically correct, Green, Eco-Friendly, vegins burning in hell. The determining factor is a single choice to accept Gods mercy, or reject it.
Privacy Policy | Terms of Use
Sitemap | View Desktop Version
©2022 Debate.org. All rights reserved.