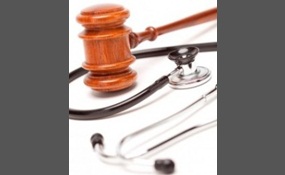 Which would you rather see as a politician? (ex: Ben Carson or Hilary Clinton?)

Adolf Hitler was an Austrian-born German politician and the leader of the Nazi Party. He was chancellor of Germany from 1933 to 1945 and dictator of Nazi Germany from 1934 to 1945. Hitler was at the centre of Nazi Germany, World War II in Europe, an... d the Holocaust.Hitler was a decorated veteran of World War I. He joined the German Workers' Party in 1919, and became leader of the NSDAP in 1921. In 1923, he attempted a coup in Munich to seize power. The failed coup resulted in Hitler's imprisonment, during which time he wrote his memoir, Mein Kampf. After his release in 1924, Hitler gained popular support by attacking the Treaty of Versailles and promoting Pan-Germanism, antisemitism, and anti-communism with charismatic oratory and Nazi propaganda. Hitler frequently denounced international capitalism and communism as being part of a Jewish conspiracy.Hitler's Nazi Party became the largest elected party in the German Reichstag, leading to his appointment as chancellor in 1933   more
1 vote
1 comment
Adolf Hitler - Voter Comments

dbushwacker says2015-04-13T14:32:00.0214897-05:00
Report Post
Hey, I think I could do a pretty dang good job. I'm not corrupted politically by any one party, I'd host hearing from the people and their concerns that I could address, and I could straight up tell the truth about things because they ain't got dirt on me. :P
Vote & Comment
5

Why did I create this answer?

1 vote
0 comments
Why did I create this answer? - Voter Comments
No Comments
Vote & Comment
6