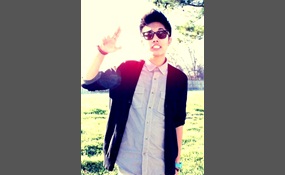 Do you prefer a certain race as your ideal?

Some people prefer one race over the other when it comes to dating. What do you guys think?