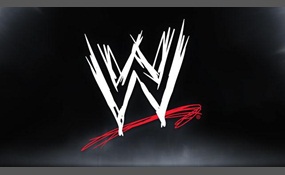 Do you really consider wrestling a "sport"?

As in WWE wrestling

No Angels were an all-female pop band from Germany formed in 2000. The group consisted of band members Nadja Benaissa, Lucy Diakovska, Sandy Mölling, Vanessa Petruo and Jessica Wahls. Originally a quintet, they originated on the international televi... sion talent show Popstars and was one of the first television-cast acts to achieve continued success throughout Central Europe in the early 2000s. Following a major success with record-breaking single "Daylight in Your Eyes" and debut album Elle'ments in 2001, a series of hit records established their position as one of the most successful female band vocalists to emerge in the early decade. With four number-one hits, three number-one albums and record sales of more than 5.0 million. They became both the biggest-selling German girlband of all time and the most successful girlband of the 2000s in Continental Europe, winning three ECHOs, a World Music Awards, a NRJ Music Award, two Comets, a Bambi and a Goldene Kamera.In fall 2003, the members went their separate ways due to lasting exhaustion, focusing on their individual solo careers in music, theatre, television and film   more
5 votes
2 comments
No - Voter Comments