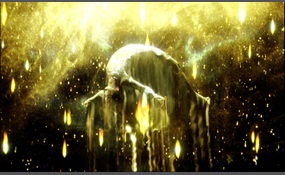 Do you support research to cure aging?

Also comment if you think this is possible in our lifetimes? 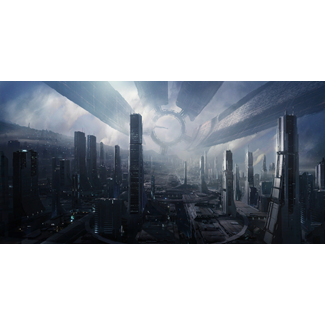 Yes, people have a right to live.

People should be able to choose how long they live. Humanity can become immortal and we will create a living paradise.

Yes, people have a right to live. - Voter Comments

JaskiKills87 says2015-05-29T06:10:33.4566372-05:00
Report Post
I personally agree & disagree as people have a right to live and it would be awesome to see the world improving and advancing! However, if there are too many humans, we could be the reason for our downfall &/or ruin Planet Earth.

JS103 says2015-05-28T18:06:59.9957862-05:00
Report Post
There is no morally justified reason NOT to cure aging. Any objections to the the cure for aging is immoral and probably considered evil. Overpopulation is no concern when we simply make the law say that you can't have too many or any kids after becoming immortal. 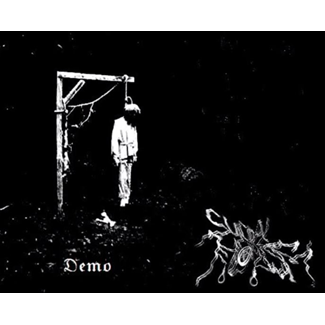 No, people have no right to life.

People should die because I want them to die. Aging is natural, like Malaria and AIDS, it's here for a reason and I approve of natural deaths, like aging, AIDS, and Malaria.

No, people have no right to life. - Voter Comments
No Comments
Vote & Comment
Leave a comment...
(Maximum 900 words)

Mister_Man says2015-05-28T18:07:01.1893046-05:00
Report Post
Kind of a biased poll, lol. But it would be extremely beneficial to the whole of humanity for people to live longer, mostly due to retaining information that they've learned. Imagine if Einstein or Newton were still alive...

JS103 says2015-05-28T18:09:53.4357224-05:00
Report Post
There is no morally justified reason NOT to cure aging. Any objections to the the cure for aging is immoral and probably considered evil. Why would anyone WANT people to suffer and die from a theoretically and probably eventually preventable disease?

Najs says2015-05-28T19:23:54.6565078-05:00
Report Post
Even if we found a cure for aging and discover immortality, it will only strictly be given to the rich, prohibited from most of the middle class, and prohibited from all of the poor. It will be a cure only for the rich and if the secret of a cure leaks out to the public, wars may break out and mass murders will occur.

Najs says2015-05-28T19:42:22.6802589-05:00
Report Post
@js103, "Why would anyone WANT people to suffer and die from a theoretically and probably eventually preventable disease?" There will be many people who would want others to die in order for mass depopulation such as in poor countries and poor areas in the developed countries. Especially if too many people are able to obtain this cure, then lies the risk of already present overpopulation due to the continuous rate of new births. Also, the cure will not be given to prisoners or the mentally ill, because they are considered unfit to society. I still support the idea of an aging cure, it will be ideal to not fear death (excluding g murder of course).

blackkid says2015-05-28T21:25:32.2584210-05:00
Report Post
I do not. The longer human lives are the worse the planet will be; nothing can adapt to human needs including the planet itself since humans have almost tripled the survival rate; it isn't that humans never lived to be "old" it's that more and more are getting there that is the problem; if they were getting there AND getting older than normal this would present an infinite crisis since the death rate would be too low.

JS103 says2015-06-02T22:10:58.9559725-05:00
Report Post
"Aging is not a disease, therefore needs no cure. There is a fault in your logic sir." Actually it is. You get old, have problems living, and die. Unless you don't count other types of disabilities, illnesses, and natural phenomenon and death as not a disease. "And this is a biased poll." Maybe it sounds that way but think about it. Only an evil person would deny some innocent person who they don't even know the right to live. If we have no right to live then why are you still alive? Do you like living? If yes then continue to do so as long as possible. If you don't want to live, who are you to say others should not? If you don't want to live then stop living. It's like a suicidal person who wants to kill himself, but then decides to kill others as well. That's a dangerous mentality to think what you want must be done for everyone else. "overpopulation" Uh... Really? Actually no. Overpopulation is only an issue in the developing world like Africa, Asia, and parts of Latin America. In the developed world it's simple. Want to live forever? Well don't have children if we're too over populated. Simple as that. "longer human lives are the worse the planet" Hahahah really? Like they are now? How about no. Unless you opt for the extinction or drastic reduction of the human population, as long as we work out overpopulation then there is no problem any more than there is now. And with technology at an ever progressing rate we can make better technology. And of course technology will grow faster if we have people living forever, since they can continuously learn new things unlike the constant reset of knowledge. Having to raise a baby/child for 18 years and hope he's better and smarter than the previous generation. "Logans Run, some are terminated at 30 yrs so the elite can live on." Well we know that's not going to happen. No one needs termination for someone else to keep living. The "elite" and the "rich" yes is a concern. However modern medicine we have today such as antibiotics, x-ray machines, MRIs and the list goes on were once only for the elites and rich people. However the cost of those technologies went down over time so the average person can also have them. Same should be applied with this. How long it may take to reach the general population is a concern but it should happen. This technology should be no secret since the developers now are being very open on their progress. As far as not fearing death. We all have some aversion to death otherwise we wouldn't care about walking in traffic and getting killed. There is no reason not to fear death. There is no guarantee there is any type of afterlife, so living now is really the best we have.

EkaterinyaVladinakova says2015-09-04T23:11:05.8334838Z
Report Post
I would support this. Also check out: http://www.sens.org/ if you want to see a charity that is researching the science which would lead to defeating aging.

EkaterinyaVladinakova says2015-09-04T23:25:48.4557438Z
Report Post
Another interesting poll is whether or not someone would actually want it vs support it. There was a poll done in Australia which found 65% support such research for radical life extension while only 35% would personally want it. http://www.sciencedirect.com/science/article/pii/S0890406510000757

EkaterinyaVladinakova says2015-09-04T23:45:13.4951866Z
Report Post
"Overall decreases in child mortality does indeed lead to fewer children being born, since mothers do not need to give birth to far more children to make sure enough survive to replace and care for the parents when they grow old." Well you can disregard that point for now. I will have to recheck that point again. But birth rates in the developing world are declining.

EkaterinyaVladinakova says2015-09-05T01:32:07.8492530Z
Report Post
All in all, my point isn't that we don't have issues related to overpopulation. Issues regarding resource management, high birthrates, climate change, etc. Indeed we should continue to tackle these issues. But we should not use the overpopulation argument to justify mass suffering and death from aging and diseases and to take away other people's right to be free from aging. The solution to the overpopulation issue is to do a combination of reduce birth rates, and to increase the carrying capacity by solving many of the resource management and climate change issues.

EkaterinyaVladinakova says2015-09-12T04:41:02.2686209Z
Report Post
Well, NGOs with the mission to stabilize the global population like "Population Matters" stated:. On the other hand, children may be a parent’s only form of security in old-age. Where poverty results in a high rate of infant mortality, this is a further incentive for people to have more rather than fewer children. It does make sense, you want to have enough to survive to care for you in old age.
Privacy Policy | Terms of Use
Sitemap | View Desktop Version
©2020 Debate.org. All rights reserved.