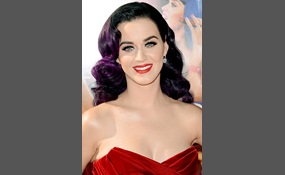 Do you think Katy Perry is amazing?

Please vote yes, it's your opinion if you chose no. I respect that.

No is a 2012 Chilean drama film directed by Pablo Larraín. The film is based on the unpublished play El Plebiscito, written by Antonio Skármeta. Mexican actor Gael García Bernal plays René, an in-demand advertising man working in Chile in the late 1... 980s. The historical moment the film captures is when advertising tactics came to be widely used in political campaigns. The campaign in question was the historic 1988 plebiscite of the Chilean citizenry over whether general Augusto Pinochet should have another 8-year term as President.At the 85th Academy Awards the film was nominated for the Best Foreign Language Film Oscar   more
8 votes
3 comments
No - Voter Comments

Yes are an English rock band who achieved success with their progressive, art, and symphonic style of rock music. They are distinguished by their use of mystical and cosmic lyrics, live stage sets and lengthy compositions, often with complex instrum... ental and vocal arrangements. The band's current line-up since February 2012 consists of singer Jon Davison, guitarist Steve Howe, bass guitarist Chris Squire, keyboardist Geoff Downes, and drummer Alan White.Squire formed Yes in 1968 with singer Jon Anderson. Squire and guitarist Peter Banks had played together in The Syn and then Mabel Greer's Toyshop. Anderson and later drummer Bill Bruford joined a line-up of Mabel Greer's Toyshop, which evolved into Yes. Keyboardist Tony Kaye completed the first Yes line-up. Their early sets were a mix of original material and cover versions. In the 1970s, Yes reached their creative peak in the progressive genre when most notably Anderson, Squire, Howe, Kaye, Bruford, drummer Alan White, and keyboardists Rick Wakeman and Patrick Moraz were part of the band's line-ups, and produced what many critics consider their finest works: The Yes Album, Fragile, Close to the Edge, Tales from Topographic Oceans, Relayer and Going for the One. The rise of punk rock at the end of the decade led to a decline in creativity and sales; in 1980, Anderson and Wakeman left the band and the album Drama featuring Downes and new vocalist Trevor Horn was released. The band disbanded at the beginning of 1981, with Howe and Downes subsequently creating Asia   more
6 votes
0 comments
Yes - Voter Comments
No Comments
Vote & Comment
Leave a comment...
(Maximum 900 words)