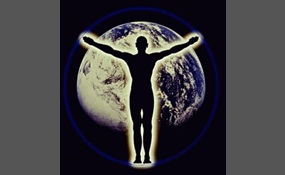 Do you think that anthropocentrism ( the system of tought in the modern age) Bring more positive or negative consequences for humans?

Anthroposentrism is stablishing the humans as center of everything. With anthropocentrism, humans believed that they can traze their own path and be who they want to be.

You have a neutral position

BlargArgNarg says2017-01-06T01:46:44.2428575Z
Report Post
Could lead to good things such as, scientific advancement. But it could also lead to greed, which leads to environmental destruction.

isarica_2001 says2017-01-06T01:59:32.8236575Z
Report Post
I think in my personal opinion, that for the Modern Age, it brought more negative consequences, because animals had to work harder. Also I tjink that humans were very close in their creations and arrived to the point where they felt prepotency. Also they ignore a little bit God. I think that other artificial resources: water, air,etc also need appreciation, not only human creations. But even if for the Modern Age it brought more negative consequences, I think that for now: the Contemporary Age, it bring more positive consequences, because it changed, we are also paying attention to artificial resources and God, but without the anthropocentrism, we wouldn't have the self-esteem that we have today, we will still be a lot closed in God and finally don't learn that God also give us capacities to realize creations that are human creations. Today, the human is not the center, but is more important than before. In conclusion I think that for the Modern Age it bring more negative than positive consequences, but for today, as it has changed, it bring more positive consequences, so I am in a neutral position

You are in favour