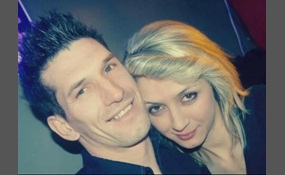 Do you think there will be a nother Zemir Begic like murderer?

The 32 year old Bosnian American was driving with his wife when a group of black and Hispanic teens begun damaging their car. When he went outside to confront them they hammered him to death. The killers had gone to a pro mike brown rally and were yelling "kill white people" before the attack. With the violent protests in Baltimore right now do you think there will be a nother attack like this?

Here is a David santucci a 27 year old nurse who was shot by three black men. The killers had posts about trayvon martin on their facebooks so many people believe that the killing of David, who is white was related to the killing of trayvon mart... in   more
4 votes
1 comment
Yes - Voter Comments

Here is a pic of Chris lane an Australian baseball player who was killed in Oklahoma a year and a half ago. While he was jogging a group of teens shot him because they were bored. One of the killers had anti white tweets making many people think tha... t this was a hate crim   more
0 votes
0 comments
No - Voter Comments
No Comments
Vote & Comment
Leave a comment...
(Maximum 900 words)

Dilara says2015-04-26T17:39:13.2894969-05:00
Report Post
The murderer of zemir begic was a direct result of the ferguson riots. The killers yelled "kill white people" and went to a pro mike brown rally before hammering him to death. With a new set of riots in Baltimore will we see the same thing again?

Stefy says2015-04-26T21:09:47.2754454-05:00
Report Post
Ok everyone cry for the white people make Dilara happy. Minorities face more across the board widespread issues that we have yo address. I know its incomfotable. IBut we cant just sweep it under the rug because a white person got killed. I know you want to just ignore it and for white pople to have all the power pity and attention but you might have to acknowledge someone else needs more help than you do. Sorry.

Dilara says2015-04-26T22:17:24.2920920-05:00
Report Post
Stefy. You know that I'm right and because you have no other arguments to make you accuse me of being racist and wanting to keep power in the hands of whites. Pathetic. Where did I say I wanted power in our hands only? And if it helps I'm 1/4 Asian. I don't think problems facing minorities should be ignored. I seriously think that these riots in Baltimore will lead to a nother incident like this. Since zemir was white I guess he didn't matter. He should have hammered him self to death as far as Your concerned. And since michael brown was killed out of self defense that "problem" should be sweeper under the rug. Here's an idea. You don't want to get shot you don't charge cops . How does it make you feel that we were right all along?
Privacy Policy | Terms of Use
Sitemap | View Desktop Version
©2020 Debate.org. All rights reserved.