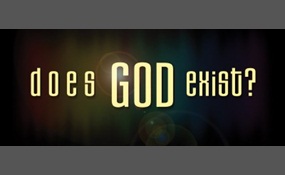 The United Kingdom of Great Britain and Northern Ireland, commonly known as the United Kingdom or Britain, is a sovereign state located off the north-western coast of continental Europe. The country includes the island of Great Britain, the north-ea... stern part of the island of Ireland, and many smaller islands. Northern Ireland is the only part of the UK that shares a land border with another state: the Republic of Ireland. Apart from this land border, the UK is surrounded by the Atlantic Ocean, with the North Sea in the east, the English Channel in the south and the Irish Sea in the west.The UK's form of government is a constitutional monarchy with a parliamentary system, and its capital city is London. The current British monarch—since 6 February 1952—is Queen Elizabeth II. The United Kingdom consists of four countries: England, Scotland, Wales and Northern Ireland. The latter three have devolved administrations, each with varying powers, based in their capital cities, Edinburgh, Cardiff and Belfast, respectively. Guernsey, Jersey and the Isle of Man are Crown dependencies and are not part of the UK. The United Kingdom has fourteen British Overseas Territories. These are remnants of the British Empire which, at its height in the late 19th and early 20th centuries, encompassed almost a quarter of the world's land mass and was the largest empire in history. British influence can be observed in the language, culture and legal systems of many of its former colonies   more
20 votes
4 comments
NO - Voter Comments

UCS123 says2014-03-30T10:56:52.8516023-05:00
Report Post
There is no demonstrable evidence to suggest that there is a god. I'm an atheist who by definition is not convinced that a god exists. But no where do i ever say with 100% certainty that a god cannot, does not, or has not existed. For me that would be dishonest, because we simply do not know. And just to clarify, what makes me different from an agnostic is that I do not believe in the existence of the supernatural, which by definition is impossible, and I do not believe in any religion. In fact i don't have to believe in anything. All i need is science to know what is evidently true or not true. And yes, I do have morals. Morality predates all religion. Without morality, as a species the Human race would probably not exist today. Of course that's going into behavioral science and evolutionary morality- which can and has been observed in the animal kingdom. The problem is that with scarcity and the consequential concept of survival of the fittest, morality is pushed to the side. But this isn't as big as a problem for humans. However at the same time we are still immoral when it comes to things like war and what not.

Watchemoket says2014-03-30T18:31:53.3563574-05:00
Report Post
All evidence and arguments presented to support the existence of a god or gods is contradictory and inconclusive. If there is a god, which religion has his/her/its 'rules' and characteristics right? Do any of them have any part of the picture correct, or are they all just guessing, or repeating what was passed down through the centuries from priests, ministers, rabbis, imams, shaman and so forth?
Vote & Comment
Leave a comment...
(Maximum 900 words)

jery1569 says2014-03-30T10:24:26.5462539-05:00
Report Post
I used to be an atheist. I also used to believe life only lives once. Deja vous changed that. A dream I had when I was 16 came true when I was 37. I experienced deja vous at the time. The only way to explain something happening to me, that I had a dream about 21 years earlier, was that life happens more than once. I don't think anyone has a good explanation about why we exist, unless they believe in some kind of higher power.

abraralam says2014-04-01T14:30:39.1383899-05:00
Report Post
I ask you that if a Muslim goes in Fire without using any chemical on his body in front of world media and he is immune to burn in it, then will you all convert to Islam or not? If yes, then fix a time, a date and a place and start announcement for three month by electronic and print media in whole world that you all can know the truth of religion Islam and falsehood of all religions, because you are 5 billion and it is impossible that we enter in Fire for every Atheists and Non-Muslims on his desire for proving the truth of Islam.

The1Uncorrupted says2014-04-04T10:49:09.8207438-05:00
Report Post
I love these idiotic bible thumpers who say read the bible yet they don't realize that the bible says slavery is moral women are cattle and its ok to kill your child as long as he/ she was rebellious