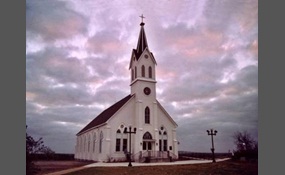 Does the church apologize too much?

For instance, a Christian baker refuses to bake a cake for a gay wedding. In the aftermath, you hear Christians saying "I'm sorry, gay people. That is not how Christians should act." Does the church apologize too much?

Christians regularly do many awful things. They deserve to be be apologizing for their homophobia and bigotry. They are constantly judging people and they need to shut up. In fact, I think that Christians aren't apologizing enough for their hateful ... behavior and their denial of science. Christians don't act like Jesus. They hate the poor but Jesus said to love the poor and are opposed to welfare. They hate their fellow man but Jesus said to love your neighbor. When lamenting the fact that church membership is declining, they should just remember that it's their own fault for their nasty behavior. Christians indeed. Oh, and pay your taxes already, you hateful churches. You sicken me   more
7 votes
0 comments
No - Voter Comments
No Comments
Vote & Comment
2

The things that the church often apologizes for are the things that it's done right. When somebody calling himself a Christian does something that is actually wrong, that's the actions of an individual and does not reflect the actual overall behavio... r of the church. They say that Christians are too "judgmental", but mostly that's just a secular attack on the church, which overall is not more judgmental than it should be. Christians tell the truth whenever they say that Jesus Christ is the only way, and they're doing nobody a favor by neglecting to warn people about Hell and neglecting to tell them about Jesus. Eternity is just too important to worry about what the Media thinks. There are many Christian charities, but we must remember that it does no real good to feed a man's stomach and yet allow him to pass on to eternity without Jesus. The real reason that the Church is hated by non-Christians is its refusal to buy into "hip" new Liberal ideas that are contrary to what the Bible says. If we abandon the truth, then how are we the Church? We must not apologize for holding fast to the truth   more
2 votes
1 comment
Yes - Voter Comments