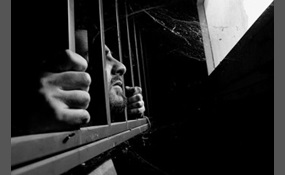 War on Drugs is an American term commonly applied to a campaign of prohibition of drugs, military aid, and military intervention, with the stated aim being to define and reduce the illegal drug trade. This initiative includes a set of drug policies ... that are intended to discourage the production, distribution, and consumption of what participating governments and the UN define as illegal psychoactive drugs. The term was popularized by the media shortly after a press conference given on June 18, 1971, by United States President Richard Nixon—the day after publication of a special message from President Nixon to the Congress on Drug Abuse Prevention and Control—during which he declared drug abuse "public enemy number one". That message to the Congress included text about devoting more federal resources to the "prevention of new addicts, and the rehabilitation of those who are addicted", but that part did not received the same public attention as the term "war on drugs". The Drug Policy Alliance estimates that the United States spends $51 billion annually on the War on Drugs   more
4 votes
1 comment
War on Drugs - Voter Comments

FreedomBeforeEquality says2015-08-24T19:30:03.5652232Z
Report Post
People already know its illegal/bad for them. They dont need a doctor being paid 140k a year to sit down a couple times a week and tell them that. Fines are a pretty big deterrence for most people. The thought of going to jail is a big one too. If those two dont do it for you ... youre in a pretty small minority at that point of afflicted individuals. Those small groups (repeat offenders) ... those are who we reserve rehab for. The common man is smart enough to be deterred by punishments and does not need constant psychiatric treatment to keep them functioning members of society.
Vote & Comment
Leave a comment...
(Maximum 900 words)

FreedomBeforeEquality says2015-08-24T19:29:29.6031524Z
Report Post
Is there really a rehab for small offenses?? Some stuff a slap on the wrist or fine (punishments) are quick easy and all thats needed. You really going to make someone take a class or see a rehab clinic for help over a roach on the dash of your car?

FreedomBeforeEquality says2015-08-24T20:22:12.9898628Z
Report Post
Have you people ever had to go take a driving course because of a moving violation in your car? Do you really feel it helped you more than a warning/ticket all by itself would have done? Rehab is annoying, expensive (for both parties), and not proven to be any more effective at deterrence than the other. People seem to forget that for every user you think could have been helped better by rehab ... There are immensely more people out there that are not in jail at all because of the deterrence from jail/fines. The people who arent in jail are there because of punishments working ... Not because of rehab working.

LOZZER says2015-08-25T00:27:09.1745970Z
Report Post
I Completely agree with the point that criminal punishments act as a deterrent and stop people breaking the law. However, this doesn't work with addicts as they are controlled by their addiction. Rehabilitation isn't just about rehab there are a lot of non- residential groups/programmes that provide a far more successful alternative to prison. The high reoffending rates for problem drug users prove that prison doesn't work, 75% of offenders with a drug problem will reoffend within a month of leaving prison - this figure is a lot less among those offenders who receive Drug Rehabilitation Orders. In addition to this rehabilitation is a cheaper option to a custodial sentence. The annual cost of drug related crime in Britain is £13.9bn. When you take into account the cost of drug misuse on the NHS and other related costs to our society treatment is by far the cheaper option. According to the NHS every £1 spent on treatment saves £2.50 in costs to society. Having said that I do accept that rehabilitation isn't a suitable option for everyone nor every crime.

FreedomBeforeEquality says2015-08-25T13:15:37.1658891Z
Report Post
You cant know a person is an addict/reoffender until theyve shown up in jail at least twice and fell into that statistic of yours. To presume every first time drug offense was done by an addict, and then go and send that person to rehab, is going to waste more money than you project it to save. Obviously not everyone can be treated the same way ... But because the majority of people are rehabilitated cheaper and more easily through punishment ... I don't think that should go away as being the first line of defense. The way its set up now with rehab being reserved for the people the justice system couldn't filter out ... I think thats right in line with how it should be.

FreedomBeforeEquality says2015-08-25T13:17:59.5507399Z
Report Post
Or unless they say they are by their own admission. That skews things though because if you make rehab sound easier or even help to fund them through it ... People are going to pick that over a ticket they have to pay out of pocket. But if you charge ... Youre again victimizing these addicts that probably let their addiction eat up any money and possessions they might have had.

LOZZER says2015-08-26T20:28:44.2317755Z
Report Post
FreedomBeforeEquality I completely agree it would be crazy to assume every person who commits a drug related offence is an addict and that punishment should be our FIRST line of defence. In order to be deemed suitable for any rehabilitation the offender, I believe, would need to be identified by the judicial system either by a documented drug history (ie. Drug tests taken at time of arrestS) or a history of drug related offenceS). So I agree with most of your above mentioned points - An individual would need to be a repeat offender to be considered suitable for court appointed treatment. I do not agree with your point, however, that this system is already in place (I wish it was). I have spent a lot of time in court rooms and have witnessed repeat offenders with well documented addictions not being given the option of the drug rehabilitation orders available instead they are being issued with more fines they can't pay, more hours of community service they won't be able attend due to their chaotic lifestyles, custodial sentences etc. etc. None of these punishments have worked for them in the past and none of them are addressing the reason behind their addiction.

FreedomBeforeEquality says2015-08-27T15:32:46.6964915Z
Report Post
If they cant make it out to do community service how are they going to make it out to a rehab clinic for a sitdown with a doctor? Ill go one further and say that rehab should not only be reserved for repeat offenders but also only to those who want to take the time and help themselves. Guys who just get rolled up repeatedly and don't make an effort to change afterwards are a waste of time for rehabs as well as jails.

realamericanboy27 says2015-08-30T07:22:03.7387270Z
Report Post
I think rehab or jail should depend on the individual and on the drug in question if its a pot head who uses all the time but never hurts anyone or causes any problems is there really any need to intervene in their lives if they refuse to go to rehab? I mean come on prisons are already full and one more inmate is just going to cost us tax payers more money. Now if you got a crack head who gets busted with a small amount but you know he is not selling but yet if he doesn't get his drugs in a timely manner he can be a serious threat to anyone around them. People like this need special attention that only rehab can offer if they refuse rehab lock them up.

FreedomBeforeEquality says2015-08-31T17:32:54.8032425Z
Report Post
I can agree with that. Jail might not be in order ... Just a very hefty fine. Imposing financial difficulty on users like that will deter their use (or ability to procure the drugs at all).

FreedomBeforeEquality says2015-08-31T17:33:25.3800265Z
Report Post
I can agree with that. Jail might not be in order ... Just a very hefty fine. Imposing financial difficulty on users like that will deter their use (or ability to procure the drugs at all).

The_Aspiring_Sociologist says2015-09-16T14:02:20.9475095Z
Report Post
I think that would depend on what they did. If it is very minor, then they should simply seek rehab, and maybe even counseling. However, if they have done something major, or have harmed someone while high, they need prison or jail time, and perhaps also some counseling and rehab.

Mister_Man says2015-09-16T14:21:34.6282903Z
Report Post
I agree with you, sociologist. There's a difference between using drugs and doing harm to someone else while using drugs. Assault is not permissible if you're high. However I don't think simply being high should be a crime that can lead you to prison.

FreedomBeforeEquality says2015-09-16T14:52:01.9532130Z
Report Post
Well maybe not just being high ... But what about people who are high in a position that puts people at risk ... Like say driving? People shouldnt be arrested just for being drunk either ... But you cant always just wait around for them to wreck their car into someone before you step in. At that point its too late.

The_Aspiring_Sociologist says2015-09-17T12:06:00.2949497Z
Report Post
You also have good points Mister_Man, simply being high is a choice, and it shouldn't land a person in prison. There is a major difference between assault and causing oneself to have side-effects. However, if they are pushing drugs to a child or adolescent, they should spend some time in jail at least.

FreedomBeforeEquality says2015-10-16T20:05:51.7937568Z
Report Post
Simply being high is a choice, yes. One that puts the rest of us at undue risk. Thats what makes it a bad choice, a punishable choice, if youre caught around people. No ones kicking in the doors of your home and fining you for smoking in your home. If your use never extended outside of that ... They would never know to come to you in the first place or be able to obtain a search warrant. Someone gets affected by whatever it is youre doing, the word gets out, then you get busted. Simply being high is not the crime ... Because you could conceivably do that on your own in the privacy of your home without recourse. Being high around others is the crime.
Privacy Policy | Terms of Use
Sitemap | View Desktop Version
©2021 Debate.org. All rights reserved.