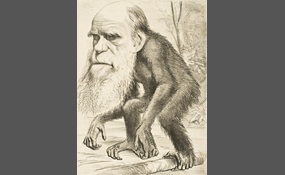 Evolutionists: If evolution is a theory why do you push for only evolution in schools?

It doesn't make sense. A theory doesn't mean it is true. People should know that evolution is not true

"Theory" in scientific terms, is not a guess. It is a fact.

22 votes
0 comments
"Theory" in scientific terms, is not a guess. It is a fact. - Voter Comments
No Comments
Vote & Comment
2

Evolution isn't a theory, it's an idea. There isn't much evidence to back up evolution.

1 vote
0 comments
Evolution isn't a theory, it's an idea. There isn't much evidence to back up evolution. - Voter Comments
No Comments
Vote & Comment
4

Because it is the only way to spread our agenda

Evolution is true because.....

Something something evolution is not a theory

0 votes
0 comments
Something something evolution is not a theory - Voter Comments
No Comments
Vote & Comment
Leave a comment...
(Maximum 900 words)

Network says2015-03-06T12:33:56.3417614-06:00
Report Post
Stop confusing theory and hypothesis. Evolution is a theory because its TRUE. It is neither an hypothesis nor a conjecture. Gravity is also a theory. If you consider gravity to be true, you should also consider evolution to be true, because there's as much proof of evolution as there is of gravity. It is very un-Christian-like to be so obscurantist about things.

430miletime says2015-03-10T22:42:28.8000064-05:00
Report Post
http://worldnewsdailyreport.com/smithsonian-admits-to-destruction-of-thousands-of-giant-human-skeletons-in-early-1900s/ i would like evolution beleivers to explain this link. Please refrain from using national geographic, snopes, wikipedia, wprdpress, hoax slayer because i will prove to you that those websites are biased if you use them. (natioanl geographic uses snopes as a source of info)
Privacy Policy | Terms of Use
Sitemap | View Desktop Version
©2020 Debate.org. All rights reserved.