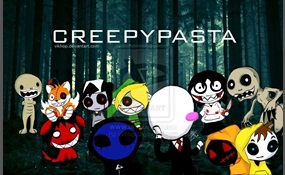 Favorite creepy pasta (WARNING: this is a scary poll so those who do not wish to be scared, DO NOT OPEN THIS POLL)

"1984" is an American television commercial which introduced the Apple Macintosh personal computer. It was conceived by Steve Hayden, Brent Thomas and Lee Clow at Chiat\Day, produced by New York production company Fairbanks Films, and directed by Ri... dley Scott. English athlete Anya Major performed as the unnamed heroine and David Graham as Big Brother. It was aired only twice on American television, first in 10 local outlets, including Twin Falls, Idaho, where Chiat\Day ran the ad on December 31, 1983, at the last possible break before midnight on KMVT, so that the advertisement qualified for 1983 advertising awards. Its second televised airing, and only national airing, was on January 22, 1984, during a break in the third quarter of the telecast of Super Bowl XVIII by CBS. After the ad's premiere, widespread media coverage generated an estimated $5 million in "free" airtime. In one interpretation of the commercial, "1984" used the unnamed heroine to represent the coming of the Macintosh as a means of saving humanity from "conformity". These images were an allusion to George Orwell's noted novel, Nineteen Eighty-Four, which described a dystopian future ruled by a televised "Big Brother". The estate of George Orwell and the television rightsholder to the novel Nineteen Eighty-Four considered the commercial to be a copyright infringement and sent a cease-and-desist letter to Apple and Chiat\Day in April 1984   more
1 vote
1 comment
Nineteen Eighty-Four - Voter Comments