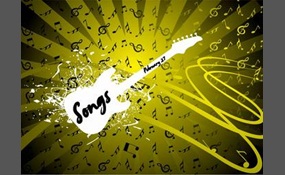 Favorite song (out of these)

The classic cycle races are one-day professional cycling road races in the international calendar. Most of the events, all run in western Europe, have been fixtures on the professional calendar for decades and the oldest ones date back to the 19th c... entury. They are normally held at roughly the same time each year. In the last few years, the five most revered races are sometimes described as the 'Monuments'.For the 2005 to 2007 seasons, the Classics formed part of the UCI ProTour run by the Union Cycliste Internationale. This event series also included various stage races including the Tour de France, Giro d'Italia, Vuelta a España, Paris–Nice and the Critérium du Dauphiné Libéré, and various non-Classic one-day events. The ProTour replaced the UCI Road World Cup series which contained only one-day races. Many of the Classics, and all the Grand Tours, were not part of the ProTour for the 2008 season because of disputes between the UCI and the ASO, which organizes the Tour de France and several other major races   more
0 votes
0 comments
Classic - Voter Comments
No Comments
Vote & Comment
9