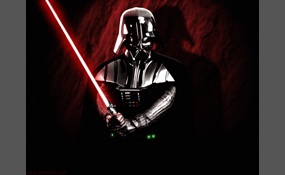 In fiction, Dark Lord (or Evil Overlord) is often used to refer to a powerful villain/antagonist with evil henchmen. In

Sauron (Lord of the Rings)

Sauron is a comic book character, a supervillain in Marvel Comics' main shared universe. An enemy of the X-Men, Sauron is the alter ego of Karl Lykos, sharing a Jekyll and Hyde relationship with the physician. He is an energy vampire who resembles a...  humanoid Pteranodon after feeding. He often inhabits the hidden prehistoric jungle of the Savage Land   more
4 votes
1 comment
Sauron (Lord of the Rings) - Voter Comments

Sheev Palpatine is a fictional character and the main antagonist of the Star Wars franchise, specifically serving as the primary antagonist of Episodes III and VI. He is portrayed in the live action films by Ian McDiarmid.In the original trilogy, th... e character is depicted as the aged, pale-faced Emperor of the Galactic Empire. In the prequel trilogy, he is portrayed as a charismatic Senator from Naboo, who—through the use of deception and political manipulation—rises to the position of Supreme Chancellor of the Galactic Republic and, finally, to Emperor of the first Galactic Empire.Though outwardly appearing to be a well-intentioned public servant and supporter of democracy prior to becoming Emperor, he is in fact Darth Sidious, the Dark Lord of the Sith—a cult of practitioners of the dark side of the Force previously thought to have been extinct in the galaxy for a millennium. As Sidious, he instigates the Clone Wars, all but destroys the Jedi, and transforms the Republic into the tyrannical Galactic Empire. He also corrupts Jedi Knight Anakin Skywalker, who serves at his side as the Sith lord Darth Vader   more
3 votes
0 comments
The Emperor - Voter Comments
No Comments
Vote & Comment
3

Lord Voldemort is a fictional character in J. K. Rowling's Harry Potter series. Voldemort first appeared in Harry Potter and the Philosopher's Stone, which was released in 1997. Voldemort appeared either in person or in flashbacks in each book and f... ilm adaptation in the series, except the third, Harry Potter and the Prisoner of Azkaban, where he is mentioned.In the series, Voldemort is the archenemy of Harry Potter, who according to a prophecy has "the power to vanquish the Dark Lord". Almost no witch or wizard dares to speak his name, instead referring to him by epithets such as "You-Know-Who", "He-Who-Must-Not-Be-Named" or "the Dark Lord". Voldemort's obsession with blood purity signifies his aim to rid the wizarding world of Muggle heritage and to conquer both worlds, Muggle and wizarding, to achieve pure-blood dominance. Through his mother's family, he is the last descendant of wizard Salazar Slytherin, one of the four founders of Hogwarts School of Witchcraft and Wizardry. He is the leader of the Death Eaters, a group of evil wizards and witches dedicated to ridding the Wizarding World of Muggles and establishing Voldemort as its supreme ruler   more
2 votes
1 comment
Voldemort (Harry potter) - Voter Comments

Darth Vader is a fictional character in the Star Wars universe. He was created by George Lucas and has been portrayed by numerous actors. His appearances span all six Star Wars films, and he is an important character in the expanded universe of tele... vision series, video games, novels, literature and comic books. Originally a Jedi prophesied to bring balance to the Force, he falls to the dark side of the Force and serves the evil Galactic Empire at the right hand of his Sith master, Darth Sidious. He is also the father of Luke Skywalker and Princess Leia Organa.The American Film Institute listed him as the third greatest movie villain in cinema history on 100 Years... 100 Heroes and Villains, behind Hannibal Lecter and Norman Bates   more
1 vote
0 comments
Darth Vader (Star Wars) - Voter Comments
No Comments
Vote & Comment
5

Griffith is the main antagonist of the Berserk series. He is the founder and leader of the mercenary groups Band of the Hawk and Neo Band of the Hawk, the ruler of the city of Falconia and the fifth member of the God Hand known as Femto.
1 vote
0 comments
Griffith (Berserk) - Voter Comments
No Comments
Vote & Comment
6

Barack Hussein Obama II (/bəˈrɑːk huːˈseɪn oʊˈbɑːmə/; born August 4, 1961) is the 44th and current President of the United States. He is the first African American to hold the office. Obama served as a U.S. Senator representing the state of Illinois...  from January 2005 to November 2008, when he resigned following his victory in the 2008 presidential election.Born in Honolulu, Hawaii, Obama is a graduate of Columbia University and Harvard Law School, where he was the president of the Harvard Law Review. He was a community organizer in Chicago before earning his law degree. He worked as a civil rights attorney in Chicago and taught constitutional law at the University of Chicago Law School from 1992 to 2004. He served three terms representing the 13th District in the Illinois Senate from 1997 to 2004   more
1 vote
0 comments
Barack Obama (Kenya) - Voter Comments
No Comments
Vote & Comment
7

Blackbeard is a fictional character in the 2011 action film Pirates Of The Caribbean: On Stranger Tides.
0 votes
0 comments
Blackbeard (One Piece) - Voter Comments
No Comments
Vote & Comment
8

He formed the Final Empire, partly as a means of revenge against the people he viewed as encroaching on Terris land[10], and conquered the whole of the world. He was obsessed with order, and he subjugated all but ten foreign kings, who he made Mistb... orn and allowed them to rule over the masses.[11] He made use of both Allomantic and Feruchemical powers in order to Compound to keep himself alive, and even had Hemalurgic piercings to produce some of his most dramatic powers.[12] The Lord Ruler was also called Sliver of Infinity by the people of the Final Empire.[13][14][15   more
0 votes
0 comments
Lord Ruler (Mistborn) - Voter Comments
No Comments
Vote & Comment
No comments yet.
Leave a comment...
(Maximum 900 words)
Privacy Policy | Terms of Use
Sitemap | View Desktop Version
©2021 Debate.org. All rights reserved.