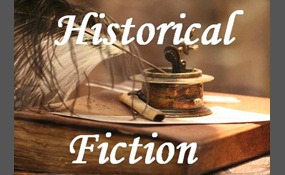 Simon Scarrow is a UK-based author, born in Nigeria and now based in Norfolk. He completed a master's degree at the University of East Anglia after working at the Inland Revenue, and then went into teaching as a lecturer, firstly at East Norfolk Six... th Form College, then at City College Norwich.He is best known for his Eagle Series of Roman Military fiction set in the territories of the Roman Empire, covering the second invasion of Britain and the subsequent prolonged campaign undertaken by the rump of the Julio-Claudian dynasty. To date there are twelve books in the series, with the 12th released in October 2013, The Blood CrowsHe has also written another series, Revolution, focusing on Wellington and Napoleon, whose first title, Young Bloods, was published in 2006. The second volume, The Generals, was released on 31 May 2007 and the third volume Fire and Sword was released in January 2009. The fourth and final novel of the series was released in Jun 2010 and is called The Fields of Death. He started to publish a new series in 2011 titled Gladiator   more
1 vote
0 comments
Simon Scarrow - Voter Comments
No Comments
Vote & Comment
2

Ben Kane, is a novelist, known for his novels in the historical fiction genre. He is best known for The Forgotten Legion and Hannibal Enemy Of Rome; the 2nd of which reached number 4 in the Sunday Times best seller list in 2009.Ben Kane was born and...  raised in Kenya and then moved to Ireland. In Dublin he studied veterinary medicine at University College Dublin, after which he travelled the world extensively, indulging his passion for ancient history. Having visited more than 60 countries and all 7 continents, he now lives in North Somerset with his wife and family   more
0 votes
0 comments
Ben Kane - Voter Comments
No Comments
Vote & Comment
3

Douglas Jackson is a Scottish novelist.Author Douglas Jackson grew up in the town of Jedburgh in the Scottish Borders. A journalist on local and national newspapers for 36 years, Jackson left The Scotsman where he was Assistant Editor, in 2009 to be... come a full-time writer   more
0 votes
0 comments
Douglas Jackson - Voter Comments
No Comments
Vote & Comment
5

Harry Sidebottom is a British author and historian, best known for his fiction series Warrior of Rome. He is currently working on a new series, Throne of the Caesars. The first volume of which, Iron and Rust, will be published in 2014. He is Fellow ... and Tutor in Ancient History at St. Benet's Hall and lecturer at Lincoln College, Oxford   more
0 votes
0 comments
Harry Sidebottom - Voter Comments
No Comments
Vote & Comment
7

Alice Hoffman is an American novelist and young-adult and children's writer, best known for her 1996 novel Practical Magic, which was adapted for a 1998 film of the same name. Many of her works fall into the genre of magic realism and contain elemen... ts of magic, irony, and non-standard romances and relationships   more
0 votes
0 comments
Alice Hoffman - Voter Comments
No Comments
Vote & Comment
Leave a comment...
(Maximum 900 words)