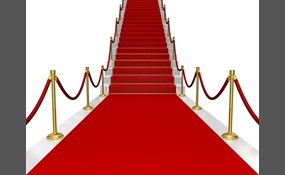 Adam Richard Sandler is an American actor, comedian, screenwriter, and film producer. After becoming a Saturday Night Live cast member, Sandler went on to star in many Hollywood feature films that combined have grossed over $2 billion at the box off... ice. He is best known for his comedic roles, such as in the films Billy Madison, Happy Gilmore, The Wedding Singer, The Waterboy, Big Daddy, and Mr. Deeds, though he has ventured into more dramatic territory with his roles in Punch-Drunk Love, Reign Over Me, and Funny People. In 1999, Sandler founded Happy Madison Productions, a film and television production company that has produced numerous films and developed the 2007 television series Rules of Engagement. He is estimated to have a net worth of $300 million   more
7 votes
2 comments
Adam Sandler - Voter Comments

Edward Regan "Eddie" Murphy is an American comedian, actor, writer, singer, director, and musician.Box-office takes from Murphy's films make him the second-highest grossing actor in the United States. He was a regular cast member on Saturday Night L... ive from 1980 to 1984 and has worked as a stand-up comedian. He was ranked no. 10 on Comedy Central's list of the 100 Greatest Stand-ups of All Time.He has received Golden Globe Award nominations for his performances in 48 Hrs., Beverly Hills Cop series, Trading Places, and The Nutty Professor. In 2007, he won the Golden Globe for Best Supporting Actor and received a nomination for the Academy Award for Best Supporting Actor for his portrayal of soul singer James "Thunder" Early in Dreamgirls.Eddie Murphy's work as a voice actor includes Thurgood Stubbs in The PJs, Donkey in the Shrek series and the Chinese dragon Mushu in Disney's Mulan. In some of his films, he plays multiple roles in addition to his main character, intended as a tribute to one of his idols Peter Sellers, who played multiple roles in Dr. Strangelove and elsewhere. Murphy has played multiple roles in Coming to America, Wes Craven's Vampire in Brooklyn, the Nutty Professor films, Bowfinger, Norbit, and Meet Dave   more
3 votes
0 comments
Eddie Murphy - Voter Comments
No Comments
Vote & Comment
4

Ronald Walken, known professionally as Christopher Walken, is an American actor, screenwriter, and director who has appeared in more than 100 films and television shows, including The Deer Hunter, Annie Hall, The Prophecy trilogy, The Dogs of War, B... rainstorm, The Dead Zone, A View to a Kill, True Romance, Pulp Fiction, Catch Me If You Can, and Seven Psychopaths, as well as music videos by many popular recording artists. Walken has received a number of awards and nominations during his career, including winning the Academy Award for Best Supporting Actor in 1978.Walken's films have grossed more than $1 billion in the United States. He has also played the lead in the Shakespeare plays Hamlet, Macbeth, Romeo and Juliet, and Coriolanus. He is a popular guest-host of Saturday Night Live, having hosted seven times as of April 2008. His most notable roles on the show include record producer Bruce Dickinson in the "More Cowbell" sketch and his multiple appearances as The Continental.Walken debuted as a film director and script writer with the short film Popcorn Shrimp in 2001. He also wrote and acted the main role in a play about Elvis Presley titled Him, in 1995   more
1 vote
0 comments
Christopher Walken - Voter Comments
No Comments
Vote & Comment
7

John William "Will" Ferrell is an American comedian, impressionist, actor, producer, and writer. Ferrell first established himself in the mid-1990s as a cast member on the NBC sketch comedy show Saturday Night Live, and has subsequently starred in t... he comedy films Old School, Elf, Anchorman: The Legend of Ron Burgundy, Talladega Nights, Stranger than Fiction, Blades of Glory, Semi-Pro, Step Brothers, The Other Guys, and Anchorman 2: The Legend Continues. He is considered a member of the "Frat Pack", a generation of leading Hollywood comic actors who emerged in the late 1990s and the 2000s, including Jack Black, Ben Stiller, Steve Carell, Vince Vaughn, and brothers Owen and Luke Wilson   more
0 votes
0 comments
Will Ferrell - Voter Comments
No Comments
Vote & Comment
12

Willard Carroll "Will" Smith, Jr. Is an American actor, producer, and rapper. He has enjoyed success in television, film, and music. In April 2007, Newsweek called him the most powerful actor in Hollywood. Smith has been nominated for four Golden Gl... obe Awards, two Academy Awards, and has won four Grammy Awards.In the late 1980s, Smith achieved modest fame as a rapper under the name The Fresh Prince. In 1990, his popularity increased dramatically when he starred in the popular television series The Fresh Prince of Bel-Air. The show ran for nearly six years on NBC and has been syndicated consistently on various networks since then. In the mid-1990s, Smith moved from television to film, and ultimately starred in numerous blockbuster films. He is the only actor to have eight consecutive films gross over $100 million in the domestic box office, and eleven consecutive films gross over $150 million internationally and the only one to have eight consecutive films in which he starred open at #1 spot in the domestic box office tally.Will Smith is ranked as the most bankable star worldwide by Forbes despite the box-office and critical disappointment of his 2013 film, After Earth, co-starring Jaden Smith. Sixteen of the twenty fiction films he has acted in have accumulated worldwide gross earnings of over $100 million, and five took in over $500 million in global box office receipts. As of 2013, his films have grossed $6.63 billion in global box office. He received Best Actor Oscar nominations for Ali and The Pursuit of Happyness   more
0 votes
0 comments
Will Smith - Voter Comments
No Comments
Vote & Comment
14