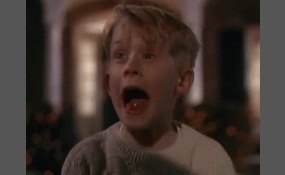 WHich is your favourite movie?!

The Lord of the Rings

The Lord of the Rings is a film series consisting of three epic fantasy adventure films directed by Peter Jackson. They are based on the novel The Lord of the Rings by J. R. R. Tolkien. The films are subtitled The Fellowship of the Ring, The Two Tow... ers and The Return of the King. They were distributed by New Line Cinema.Considered to be one of the biggest and most ambitious film projects ever undertaken, with an overall budget of $280 million, the entire project took eight years, with the filming for all three films done simultaneously and entirely in New Zealand, Jackson's native country. Each film in the series also had special extended editions released on DVD a year after their respective theatrical releases. While the films follow the book's general storyline, they do omit some of the novel's plot elements and include some additions to and deviations from the source material.Set in the fictional world of Middle-earth, the films follow the hobbit Frodo Baggins as he and a Fellowship embark on a quest to destroy the One Ring, and thus ensure the destruction of its maker, the Dark Lord Sauron. The Fellowship becomes divided and Frodo continues the quest together with his loyal companion Sam and the treacherous Gollum. Meanwhile, Aragorn, heir in exile to the throne of Gondor, and the wizard Gandalf unite and rally the Free Peoples of Middle-earth in the War of the Ring   more
7 votes
1 comment
The Lord of the Rings - Voter Comments

Iron Man 3 is a 2013 superhero film featuring the Marvel Comics character Iron Man, produced by Marvel Studios and distributed by Walt Disney Studios Motion Pictures. It is the sequel to 2008's Iron Man and 2010's Iron Man 2, and the seventh install... ment in the Marvel Cinematic Universe. Shane Black directed a screenplay he co-wrote with Drew Pearce, which uses concepts from the "Extremis" story arc by Warren Ellis. The film stars Robert Downey, Jr., Gwyneth Paltrow, Don Cheadle, Guy Pearce, Rebecca Hall, Stephanie Szostak, James Badge Dale, Jon Favreau, and Ben Kingsley. In Iron Man 3, Tony Stark tries to recover from posttraumatic stress disorder caused by the events of The Avengers, while investigating a terrorist organization led by the mysterious Mandarin.After the release of Iron Man 2 in May 2010, Favreau decided not to return as director, and in February 2011 Black was hired to write and direct the film. Black and Pearce opted to make the script more character-centric and focused on thriller elements. Throughout April and May 2012, the film's supporting cast was filled out, with Kingsley, Pearce, and Hall brought in to portray key roles. Filming began on May 23, and lasted through December 17, 2012, primarily at EUE/Screen Gems Studios in Wilmington, North Carolina. Additional shooting took place at various locations around North Carolina, as well as Florida, China and Los Angeles. The visual effects were handled by 17 companies, including Scanline VFX, Digital Domain, and Weta Digital. The film was converted to 3D in post-production   more
0 votes
0 comments
Iron Man 3 - Voter Comments
No Comments
Vote & Comment
5

The son of Poseidon and his friends head into the Sea of Monsters to find the mythical Golden Fleece.
0 votes
0 comments
Percy Jackson: Sea of Monsters - Voter Comments
No Comments
Vote & Comment
6

Production on Spiderman 4 was halted in January 2010 and will be revamped as a new project. It is rumored to be a 3D film - and it is also rumored to not be called Spiderman 4. Marc Webb is the likely director and this page will be a work in pro... gress for some time now. I've renamed it to the working title of The Amazing Spider-Man for now but that and anything else about this topic is subject to change   more
0 votes
0 comments
The Amazing Spider-Man - Voter Comments
No Comments
Vote & Comment
7

The Hobbit: An Unexpected Journey

The Hobbit: An Unexpected Journey is a 2012 epic fantasy adventure film directed by Peter Jackson. It is the first installment in a three-part film adaptation based on the 1937 novel The Hobbit by J. R. R. Tolkien. It is followed by The Desolation o... f Smaug and There and Back Again, and together they will act as a prequel to Jackson's The Lord of the Rings film trilogy.The story is set in Middle-earth sixty years before the events of The Lord of the Rings, and portions of the film are adapted from the appendices to Tolkien's The Return of the King. An Unexpected Journey tells the tale of Bilbo Baggins, who is convinced by the wizard Gandalf the Grey to accompany thirteen Dwarves, led by Thorin Oakenshield, on a quest to reclaim the Lonely Mountain from the dragon Smaug.The film's screenplay was written by Peter Jackson, his longtime collaborators Fran Walsh and Philippa Boyens, and Guillermo del Toro, who was originally chosen to direct the film before leaving the project in 2010. The ensemble cast also includes James Nesbitt, Ken Stott, Cate Blanchett, Ian Holm, Christopher Lee, Hugo Weaving, Elijah Wood and Andy Serkis, and features Sylvester McCoy, Barry Humphries and Manu Bennett   more
0 votes
0 comments
The Hobbit: An Unexpected Journey - Voter Comments
No Comments
Vote & Comment
8

Rush Hour 3 is a 2007 martial arts/action-comedy film, and the third installment in the Rush Hour series, starring Jackie Chan as Inspector Lee and Chris Tucker as Detective Carter. The film was officially announced on May 7, 2006, and filming began...  on July 4, 2006. The film is set in Paris and Los Angeles. Rush Hour 3 was released on August 10, 2007, in the United States. A fourth film is currently in consideration by the series' creators.Roman Polanski was given a small role as a French police official involved in Lee and Carter's case. In her first appearance in an American film, Noémie Lenoir portrays Geneviève, a beautiful stage performer who is one of the main suspects in the case as well as Carter's love interest. Tzi Ma reprises his role as Ambassador Han, Lee's boss and friend who appeared in Rush Hour. Yvan Attal co-stars as George, a cab driver who becomes Lee and Carter's new sidekick   more
0 votes
0 comments
Rush Hour 3 - Voter Comments
No Comments
Vote & Comment
Leave a comment...
(Maximum 900 words)