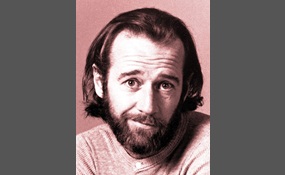 Was George Carlin better in his early years or his later years?

He was funnier in the early years

He was plain better in his later years

He was funnier in his later years

"He was a lot cleverer when he finally came down from his permanent marijuana, LSD, and mescaline high of the 70's"
0 votes
0 comments
He was funnier in his later years - Voter Comments
No Comments
Vote & Comment
4

He was just better in his earlier years

"He was simply a better person before he got to thinking that his opinion matters"
0 votes
0 comments
He was just better in his earlier years - Voter Comments
No Comments
Vote & Comment
No comments yet.
Leave a comment...
(Maximum 900 words)
Privacy Policy | Terms of Use
Sitemap | View Desktop Version
©2020 Debate.org. All rights reserved.