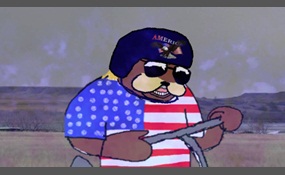 The USA PATRIOT Act is an Act of Congress that was signed into law by President George W. Bush on October 26, 2001. The title of the act is a ten-letter backronym that stands for Uniting and Strengthening America by Providing Appropriate Tools Requi... red to Intercept and Obstruct Terrorism Act of 2001.On May 26, 2011, President Barack Obama signed the PATRIOT Sunsets Extension Act of 2011, a four-year extension of three key provisions in the USA PATRIOT Act: roving wiretaps, searches of business records, and conducting surveillance of "lone wolves"—individuals suspected of terrorist-related activities not linked to terrorist groups   more
1 vote
0 comments
Patriot Act - Voter Comments
No Comments
Vote & Comment
9