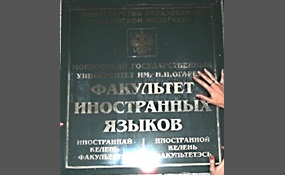 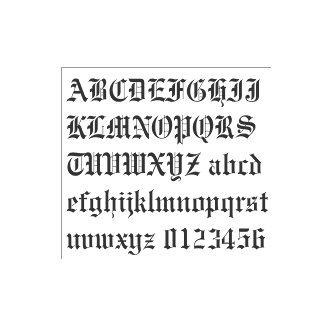 English is a West Germanic language that was first spoken in early medieval England and is now a global lingua franca. It is the national language of numerous sovereign states, including the United Kingdom, the United States, Canada, Australia, Ireland, New Zealand and a number of Caribbean nations; it is an official language of almost 60 sovereign states. It is the third-most-common native language in the world, after Mandarin and Spanish. It is widely learned as a second language and is an official language of the European Union, many Commonwealth countries and the United Nations, as well as in many world organisations. English arose in the Anglo-Saxon kingdoms of England and what is now southeast Scotland. Following the extensive influence of England, Great Britain, and the United Kingdom from the 17th to mid-20th centuries through the British Empire, it has been widely propagated around the world. Through the spread of English literature, world media networks such as the BBC, the American film and television industry as well as technology, English has become the leading language of international discourse and the lingua franca in many regions. 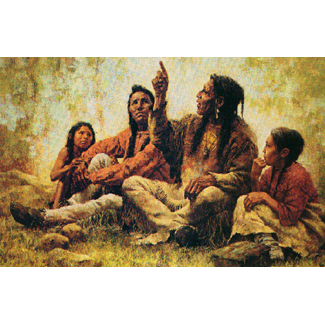 Depends on your native language. 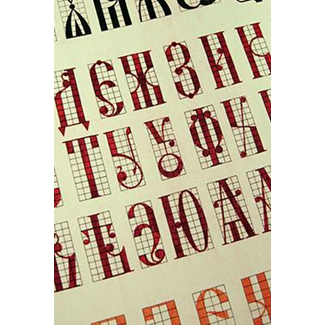 Russian is an East Slavic language and an official language in Russia, Belarus, Kazakhstan, and Kyrgyzstan. It is an unofficial but widely spoken language in Ukraine, Moldova, Latvia, Lithuania, Estonia, and to a lesser extent, the other countries that were once constituent republics of the Soviet Union and former participants of the Eastern Bloc. Russian belongs to the family of Indo-European languages and is one of the three living members of the East Slavic languages. Written examples of Old East Slavonic are attested from the 10th century onwards.It is the most geographically widespread language of Eurasia and the most widely spoken of the Slavic languages. It is also the largest native language in Europe, with 144 million native speakers in Russia, Ukraine and Belarus. Russian is the eighth most spoken language in the world by number of native speakers and the seventh by total number of speakers. The language is one of the six official languages of the United Nations.Russian distinguishes between consonant phonemes with palatal secondary articulation and those without, the so-called soft and hard sounds. 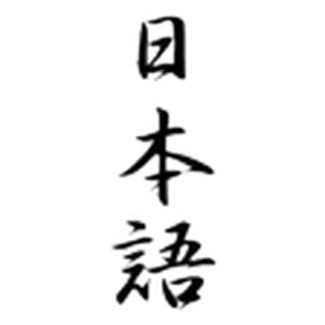 Japanese is an East Asian language spoken by about 125 million speakers, primarily in Japan, where it is the national language. It is a member of the Japonic language family, whose relation to other language groups, particularly to Korean and the suggested Altaic language family, is debated.Little is known of the language's prehistory, or when it first appeared in Japan. Chinese documents from the 3rd century recorded a few Japanese words, but substantial texts did not appear until the 8th century. During the Heian period, Chinese had a considerable influence on the vocabulary and phonology of Old Japanese. Late Middle Japanese saw changes in features that brought it closer to the modern language, as well as the first appearance of European loanwords. The standard dialect moved from the Kansai region to the Edo region in the Early Modern Japanese period. Following the end in 1853 of Japan's self-imposed isolation, the flow of loanwords from European languages increased significantly. English loanwords in particular have become frequent, and Japanese words from English roots have proliferated. 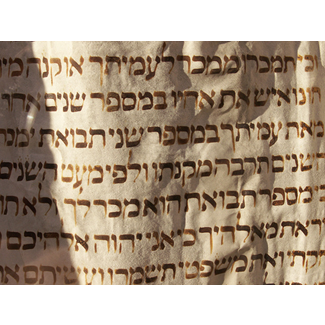 Hebrew is an ancient Semitic language that was revived into modern use around the end of the Nineteenth century, with the effort initiated by Eliezar Ben-Yehuda.Ivrit can be interpreted to mean boundary crosser, because the ancient Hebrews crossed social boundaries as they organized their nation.The search for cognates in English can be amusing and revealing (behemoth, leviathan, and more). 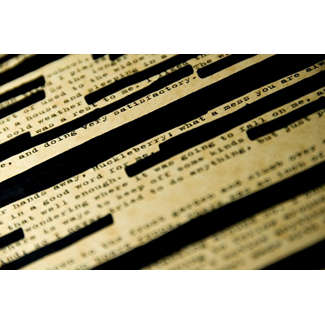 The language of censored 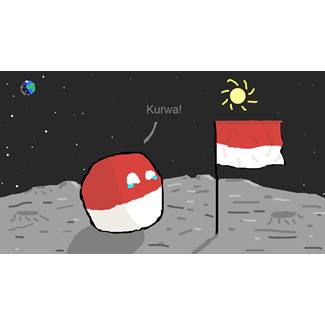 Polish is a Slavic language spoken primarily in Poland and the native language of the Poles. It belongs to the Lechitic subgroup of West Slavic languages. Polish is the official language of Poland, but it is also used throughout the world by Polish minorities in other countries. It is one of the official languages of the European Union. Its written standard is the Polish alphabet, which has 9 additions to the letters of the basic Latin script.Although the Austrian, German and Russian administrations exerted much pressure on the Polish nation following the Partitions of Poland, which resulted in attempts to suppress the Polish language, a rich literature has regardless developed over the centuries and the language currently has the largest number of speakers of the West Slavic group. It is also the second most widely spoken Slavic language, after Russian and just ahead of Ukrainian, which comes third. 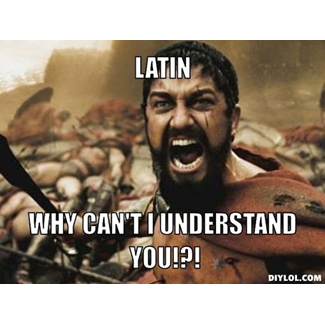 Latin is an ancient Italic language originally spoken by the Italic Latins in Latium and Ancient Rome. Along with most European languages, it is a descendant of the ancient Proto-Indo-European language. Influenced by the Etruscan language and using the Greek alphabet as a basis, it took form as what is recognizable as Latin in the Italian Peninsula. Modern Romance languages are continuations of dialectal forms of the language. Additionally many students, scholars, and some members of the Christian clergy speak it fluently, and it is still taught in some primary, secondary and post-secondary educational institutions around the world.Latin is still used in the creation of new words in modern languages of many different families, including English, and largely in biological taxonomy. Latin and its derivative Romance languages are the only surviving languages of the Italic language family. Other languages of the Italic branch were attested in the inscriptions of early Italy, but were assimilated to Latin during the Roman Republic. 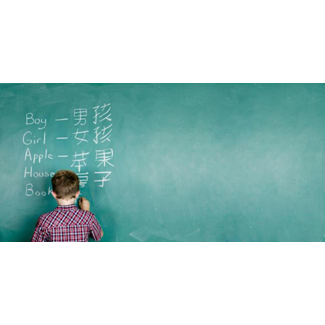 Cantonese, or Standard Cantonese, is the dialect of Yue Chinese spoken in the vicinity of Canton in southern China. It is the traditional prestige dialect of Yue.Cantonese is the prestige language of the Cantonese people. Inside mainland China, it is a lingua franca in Guangdong Province and some neighbouring areas, such as the eastern part of Guangxi Province. Outside mainland China, it is the majority and official language of Hong Kong and Macau. It is also traditionally the most spoken Chinese dialect among overseas Chinese communities in Southeast Asia and the Western world, especially Canada, Australia, Western Europe, and the United States.While the term Cantonese refers narrowly to the prestige language described in this article, it is often used in a broader sense for the entire Yue branch of Chinese, including related dialects such as Taishanese. When standard Cantonese and the closely related Yuehai dialects are classified as one variant, the language counts about 70 million total speakers.The Cantonese language is viewed as part of the cultural identity for its native speakers across large swathes of southern China, Hong Kong and Macau. 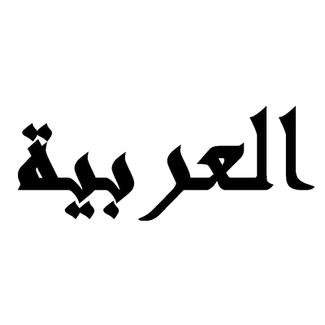 Arabic is a name for what are traditionally considered the descendants of the Classical Arabic language of the 6th century. This includes both the literary language and varieties of Arabic spoken in a wide arc of territory, stretching across the Middle East, North Africa, and the Horn of Africa. Arabic belongs to the Afro-Asiatic family.The literary language is called Modern Standard Arabic or Literary Arabic, which is a pluricentric, fusional language. It is currently the only official form of Arabic, used in most written documents as well as in formal spoken occasions, such as lectures and news broadcasts. However, this varies from one country to the other. Moroccan Arabic was official in Morocco for some time, before the latter nation joined the Arab League.Arabic languages are Central Semitic languages, most closely related to Aramaic, Hebrew, Ugaritic and Phoenician. The standardized written Arabic is distinct from and more conservative than all of the spoken varieties, and the two exist in a state known as diglossia, used side-by-side for different societal functions. 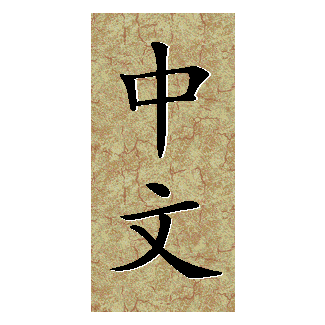 Mandarin is a group of related varieties of Chinese spoken across most of northern and southwestern China. Because most Mandarin dialects are found in the north, the group is also referred to as the "northern dialect". When the Mandarin group is taken as one language, as is often done in academic literature, it has more native speakers than any other language.A northeastern-dialect speaker and a southwestern-dialect speaker may have difficulty communicating except through the standard language. Nonetheless, there is much less variation across the huge Mandarin area than between the non-Mandarin varieties of southeast China. This is attributed to the greater ease of travel and communication in the North China Plain compared to the more mountainous south, combined with the relatively recent spread of Mandarin to frontier areas.For most of Chinese history, the capital has been within the Mandarin area, making these dialects very influential. Some form of Mandarin has served as a national lingua franca since the 14th century. In the early 20th century, a standard form based on the Beijing dialect, with elements from other Mandarin dialects, was adopted as the national language. 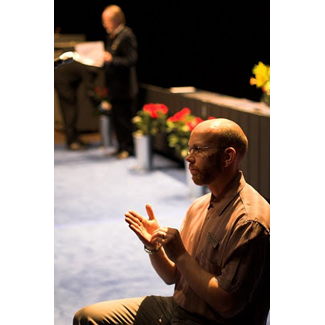 American Sign Language is the predominant sign language of deaf communities in the United States and English-speaking parts of Canada. Besides North America, dialects of ASL and ASL-based creoles are used in many countries around the world, including much of West Africa and parts of Southeast Asia. ASL is also widely learned as a second language, serving as a lingua franca. ASL is most closely related to French Sign Language. It has been proposed that ASL is a creole language, although ASL shows features atypical of creole languages, such as agglutinative morphology.ASL originated in the early 19th century in the American School for the Deaf in Hartford, Connecticut, from a situation of language contact. Since then, ASL use has propagated widely via schools for the deaf and deaf community organizations. Despite its wide use, no accurate count of ASL users has been taken, though reliable estimates for American ASL users range from 250,000 to 500,000 persons, including a number of children of deaf adults.