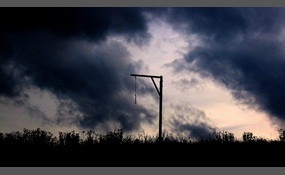 Have you ever thought about suicide before?

Suicide rarely crosses your mind. There may have been the rare occasion where you were extremely depressed, or you were traumatized and you wondered if there was an easier way of dealing with things. Regardless, you will never bring yourself to actu... ally attempt suicide   more
5 votes
3 comments
Rarely - Voter Comments

You sometimes think about suicide, but it is in no way a commonplace thing. This may be from lingering depression where you wonder what it would be like to die. You may think about experimenting with suicide, instead of actually attempting it. You a... re very unlikely to actually attempt suicide   more
5 votes
3 comments
Sometimes - Voter Comments

CookiesDelight says2014-08-14T22:53:56.9747365-05:00
Report Post
After my head just developed so many bad thoughts, and through all the self harm, and thinking the whole world is against me, going to die alone, not loved etc. the thoughts of suicide have came before, it has been tempting once, but have gotten it multiply times, though i don't get those types of urges anymore, now the suicide thoughts are gone, just work on putting down the razor forever
Vote & Comment
3

Suicide has never crossed your mind. You love life too much to think about ending it.
4 votes
3 comments
Never - Voter Comments

Suicide crosses your mind quite frequently. It may be when you're alone, or if you've just had a really bad day. You wonder what it's like to kill yourself and you may also wonder what death is like. You may wonder if life is really worth living, an... d you may also wonder if you can really find true happiness. You may have experimented with suicide before, wondering what it's like. However, you are unlikely to actually attempt suicide   more
2 votes
1 comment
Generally - Voter Comments

discomfiting says2014-08-13T21:51:25.8687900-05:00
Report Post
It's not that I'm in pain but I see life as being rather pointless. We live, we fade into memory then one day they the world & universe will die. It will be like nothing ever happened. So a lot of the time I question why humanity even bothers and why I even bother to do anything at all when in the end it'll all be forgotten and as if it never happened. Besides that part, I find myself intrigued by death and what it would feel like to die. What it would feel like, where you go, if you even go anywhere. It's a daily thing but I have little to no intentions despite my constant fixation of curiosity on life, death, & afterlives.
Vote & Comment
5

You sit alone in your room sometimes, just to think. The surrounding environment is quiet, almost to the point where it is maddening. You look around the area, noticing the many ways you could kill yourself. You see an unused belt, your medication, ... and a plastic bag by your own personal garbage. You wonder if the pain you experience in life is really worth it in the long run. You wonder if there will ever be a release, or perhaps you just want to know what it is like to die. You won't bring yourself to do it, however. There is that small part in you that has hope that life will get better. You probably experimented with suicide before, but never actually attempted it. However, suicide is not completely out of the question   more
0 votes
0 comments
All the time - Voter Comments
No Comments
Vote & Comment
6

You go throughout your daily life, watching those mindless drones wander about without a care in the world, they never even notice you. They laughed at you in the past, they've called you nothing better than an insignificant roach. They told you to ... go kill yourself, the world will do better without you. You took their insults for a while and soon you got used to it, after all, they were telling you the truth. Then there were the others who didn't even know you existed. They didn't care about you, no one did. They wouldn't even notice if you were gone and those who would, would get over it by the end of the week. You failed at everything you've ever attempted. You are a failure and you knew that perfectly well. They reminded you of this quite often and you took comfort whenever they noticed you. They acknowledged you for who you are while they berated you, and that made you feel human. Some even asked if you were okay. Of course, why wouldn't you be? Did they care? No, they just wanted to make themselves feel better. They think all you want is attention, while in reality that is the exact opposite of what you wanted. You tried to smile, you tried to make friends. They all rejected you, and that one "friend" you thought you made betrayed you, they laughed behind your back, and then couldn't care less about your miserable life. You find solitude whenever you are alone in your dark room. If you aren't alone you cover your ears when your parents bicker with one another. Then you hear the front door slam, a car drive away, and then your mother crying. You know how to make yourself feel happy, you know how to feel. You have your friends stashed away where no one could see them. They feel good against your skin, they give you release. You like watching the blood seep from your wounds, they make you feel human. It's exhilarating even; it keeps you on this painful world. However, it turns out that isn't enough, no, none of it is. You have thought about all of your options. There's the razors that have been with you forever, the rope that feels comfortable around your neck, the poison that tastes good against your lips, the drugs that make you happy, the bag that embraces you, the peaceful breeze against your skin when standing before that ledge, and the gun that feels cool when pressed against your head. You had to cut deeper that one time, you had to know what it was like. You drew the razor down your forearm and you watched the blood pour from your split skin. It felt good, real good, but you didn't die. No, someone saw you, they stopped you no matter how much you tried to resist. The rope was supposed to be your way out. You've practiced it hundreds of times, tying it just right so that it wasn't too tight, but it would still get the job done. You were ready for this; you wanted your neck to snap. You found the perfect area to hang it and so you did. You jumped, but you didn't die. The rope snapped, the ceiling fan broke, or someone rescued you in time. It doesn't matter what happened, you failed, just like you always do. There was the bleach, which seemed like the easiest option. You had plenty of it and all you had to do was chug it down. Simple, clean, efficient. You grabbed the jug and poured its contents into your mouth. The liquid burned your lips and you threw it up before you could finish, leaving you to sulk in your failure. They prescribed you drugs that they told you would make you feel better. They didn't, you couldn't be helped, you didn't want to be helped. You did your research, studying the side-effects of each one and the desired consequences of an overdose. You found the right ones and you took them, you took a lot of them. You hoped that you would pass out and just never wake up. Unfortunately, you did wake up and you vomited your liver out. The plastic bag always made you feel at home. You wanted it to literally take your breath away. You trusted it to do so; you tied it around your head and hoped for the best. You stopped yourself from pulling it off too; you had hope for the first time in your life. You woke up, though, it broke, it loosened, it doesn’t matter. You wanted it to end, you wanted it to all end. You heard the stories of people peacefully falling to their deaths; they were the ones you envied. You thought you would try it once you found the perfect area. You thought you could actually feel a moment of bliss as you feel, but you overestimated it. There were no words for the pain, but you were still alive. Then there was the gun, the perfect way out. You've seen all of the cases with those, how many people were given the peaceful release. It was quickest death and the most effective one. You positioned yourself just right; you wanted to make sure that those who saw your body would have a lasting impression. You pressed the gun against your head, closed your eyes, and fired. A vegetable they call you now, but you still hoped that they would end your suffering   more
0 votes
0 comments
I've attempted suicide before - Voter Comments
No Comments
Vote & Comment
Leave a comment...
(Maximum 900 words)