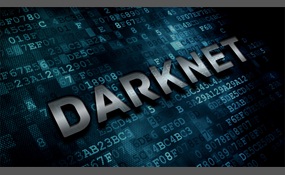 Have you ever visited the darknet?

Yes, I have browsed it

Yes are an English rock band who achieved success with their progressive, art, and symphonic style of rock music. They are distinguished by their use of mystical and cosmic lyrics, live stage sets and lengthy compositions, often with complex instrum... ental and vocal arrangements. The band's current line-up since February 2012 consists of singer Jon Davison, guitarist Steve Howe, bass guitarist Chris Squire, keyboardist Geoff Downes, and drummer Alan White.Squire formed Yes in 1968 with singer Jon Anderson. Squire and guitarist Peter Banks had played together in The Syn and then Mabel Greer's Toyshop. Anderson and later drummer Bill Bruford joined a line-up of Mabel Greer's Toyshop, which evolved into Yes. Keyboardist Tony Kaye completed the first Yes line-up. Their early sets were a mix of original material and cover versions.The 1970s saw Yes release the albums that are widely viewed as their creative peak: The Yes Album, Fragile, Close to the Edge, Tales from Topographic Oceans, Relayer and Going for the One   more
11 votes
3 comments
Yes, I have browsed it - Voter Comments

No but I have heard of it

No, I don't even know what it is

3 votes
0 comments
No, I don't even know what it is - Voter Comments
No Comments
Vote & Comment
Leave a comment...
(Maximum 900 words)

TBR says2015-06-08T09:05:06.4435447-05:00
Report Post
It is the nasty side of things, but I am confused by people that are surprised the content is there. The same criminal activity happens every day elsewhere, why wouldn't it be on the web? There is even a good argument to be made that it has removed a good amount of secondary violence and criminal activity around the very crimes it facilitates. Silk Road was a good example of that.