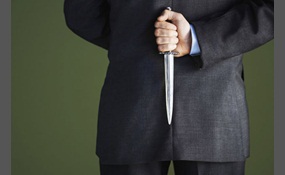 Have you ever wanted to murder someone?

No, I've never felt the need or desire to murder

I either don't have an interest in doing so or could never dream of killing someone, even if they're a horrible person, no one deserves to die. It's not just that I wouldn't do it, it's that I wouldn't even think about it or play it in my mind.
6 votes
2 comments
No, I've never felt the need or desire to murder - Voter Comments

I know someone who deserves to die, or I've felt that way in the past but not anymore, based on something they did to me or someone I know.
4 votes
1 comment
Yes, particular person and vengeful reason - Voter Comments

Humans as a whole race should be destroyed, or I just may be an angsty teenager who went through hardships, humans don't like me, so why would I like them?
2 votes
0 comments
Yes, no particular person, I just hate humans - Voter Comments
No Comments
Vote & Comment
4

Yes, no particular person or reason

Just for the sake of being interested in doing so, but doesn't mean I would actually do it, and has desirable thoughts of murdering someone.
1 vote
0 comments
Yes, no particular person or reason - Voter Comments
No Comments
Vote & Comment
Leave a comment...
(Maximum 900 words)

shroomis says2015-07-07T20:32:12.6103954-05:00
Report Post
There is a difference in desire and interest. I would love to see into the mind of a killer, or see what someone saw, like Albert Fish for example. It would be incredibly interesting, to say the least. Though, this isn't a desire to kill, but rather a curiosity for morbid things in general. If nothing else simply learning to appreciate or understand things that are initially repulsive or grotesque is exciting to me.