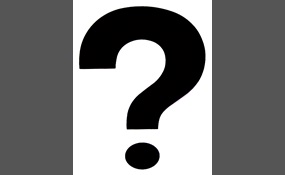 Patrick Galen Dempsey is an American actor and race car driver, best known for his role as neurosurgeon Dr. Derek Shepherd on the ABC medical drama Grey's Anatomy. He saw early success as an actor, starring in a number of films in his early 20s, inc... luding Can't Buy Me Love and Loverboy. In the 1990s, he mostly appeared in smaller roles in film and television, before landing a lead role in Sweet Home Alabama, a surprise box office hit. He has since then starred in a number of other films, including Enchanted, Made of Honor, Valentine's Day, Flypaper, Freedom Writers and Transformers: Dark of the Moon.Dempsey, who maintains an exclusive sports and vintage car collection, also enjoys auto racing in his spare time. He has competed in prestigious pro-am events such as the 24 Hours of Le Mans, Rolex 24 at Daytona sports car race, and Tecate SCORE Baja 1000 off-road race. Prior to the 2013 24 Hours of Le Mans, Dempsey declared that he would "walk away" from acting if he could and dedicate himself full-time to motorsports   more
0 votes
0 comments
Patrick Dempsey - Voter Comments
No Comments
Vote & Comment
Leave a comment...
(Maximum 900 words)

SamStevens says2016-03-10T06:24:40.0610856Z
Report Post
Don't request! You have the power to enable or disable the option to add answers since you are the creator of this poll! Look at the options presented and make a poll that fits your liking.