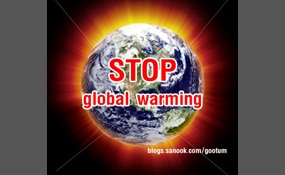 How could we prevent global warming in the future ?

Donderpants says2015-07-07T07:37:18.7756508-05:00
Report Post
This is the least ridiculous one. This one is actually good, and realistic. Harsh punishment for cutting trees- To put 20-30 years on cutting down a tree? A TREE? The sentence for murder is, on average, according to Google, 19.1 years. 0.9-10.9 years more than MURDER? And we need trees- we still rely on them heavily as a resource, and would suffer massively if we banned collecting it. Consume less- Be realistic here. And how on earth is this going to help prevent global warming? What's the fuss with it anyway- people will always worry about the weather, before global warming came along everyone was worried about global cooling. No one would ever do this, and if they did it wouldn't even help. Build up an environmental protection organization- There's already hundreds of thousands of those. How's one more going to make a difference? Global warming is just us yet again worrying about the weather, global cooling was a real concern as near as the 1970's. So I just chose the one that would help the environment most, while being realistic. I think that's what the debate actually was, as two of them were focused on saving trees and resources, one was about renewable energy and only one was even vaguely relevant to global warming.

Build up a environmental protection organization

We should have an organization such as the green in germany.This organization should organize such as reduce as much as possible in using plastic bags,protect the eco- system,educate people to be concern about environment,protect the wild life and e... xtinction of some animal species.And reduce pollution   more
2 votes
2 comments
Build up a environmental protection organization - Voter Comments

FreedomBeforeEquality says2015-07-07T13:56:16.6317001-05:00
Report Post
I guess this would be the closest choice available. They should take a more aggressive approach that involves proactive environmental protection through space endeavors instead of trying to recycle plastic cups.

Yes human should consume less,because the more you consume,the more you harm the earth.At least we should limit the consumption of people ..Computer and television can only be used for two hours a day.And in the short distance we should promote pe... ople not to go by cars instead we should promote people to go by bikes,walking or cycle.We should have more public transportation,this could help to save time and energy,and can transport many people.Personal cars are bad,and we should have it less because since many people prefer to go by personal cars this could be the main cause of pollution   more
1 vote
0 comments
Consume less - Voter Comments
No Comments
Vote & Comment
4

Many Rainforest areas around the world has been destroyed cause by human action.In 20th century ,the area covered by rainforest around the world is shrinking.Biologists have estimated that large numbers of species are being driven to extinction du... e to removal of habitat with destruction of the rainforests.We should give people a harsh punishment for cutting trees,so that they could learn a lesson from it.At least lock them up in jail for about 20-30 years or even life sentence.Otherwise they won't stop and do it over and over again   more
0 votes
0 comments
Harsh punishment for cutting trees - Voter Comments
No Comments
Vote & Comment
Leave a comment...
(Maximum 900 words)

FreedomBeforeEquality says2015-07-07T13:52:03.3660276-05:00
Report Post
We cannot prevent global warming or cooling without changing orbital paths of planets or changing the lifespan of our sun.

FreedomBeforeEquality says2015-07-07T13:55:40.0293959-05:00
Report Post
Maybe creating a giant object to partially block sunlight and have it orbit earth perfectly in alignment with the sun, or something of that nature.

TyroneShelton says2015-07-07T16:33:47.4246812-05:00
Report Post
If someone didnt believe in Gravity does that change the fact that Gravity exists. The same goes for Evolution, and Global Warming. Reality does not conform to your opinion of it.

benhos says2015-07-10T22:45:22.8299092-05:00
Report Post
We cannot stop Global Warming. First of all, we are slowly inching towards the sun. Second of all, we have already gone too far to escalate it, we cannot undo what we have already done. But, we can help it and relieve some. Stop burning coal and releasing so many greenhouse gases and that'll help the Ozone.