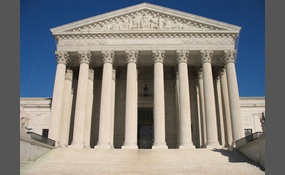 How many bets are you collecting on this weeks SCOTUS decisions?

I am having a hard time recalling all the bets I have made....

"No More Tears (Enough Is Enough)" is a 1979 song recorded as a duet by Barbra Streisand and Donna Summer.The song was recorded for Streisand's Wet album and also as a new track for Summer's compilation double album entitled On the Radio: Greatest H... its Volumes 1 & 2. The full-length version was found on Streisand's album, while a longer 11 minute plus version was featured on Summer's album. The Summer version features additional production by frequent collaborator Harold Faltermeyer, and incorporates a harder rock edge. The single was released on both Casablanca Records and Columbia Records and sales of the two were amalgamated. The versions on the two 7" singles differed slightly however, with different mixes and slightly different background vocal arrangements. The formats differed between nations - in the UK for example, the song was only released on 7" by Casablanca, and 12" by Columbia.Although the sales of the two labels' releases were amalgamated, both the 7" and the 12" were certified Gold by the RIAA in early 1980. The 7" single was eventually certified Platinum, signifying sales of two million US copies   more
0 votes
0 comments
More then enough - Voter Comments
No Comments
Vote & Comment
3

Just so many, you cant remember them all

0 votes
0 comments
Just so many, you cant remember them all - Voter Comments
No Comments
Vote & Comment
Leave a comment...
(Maximum 900 words)