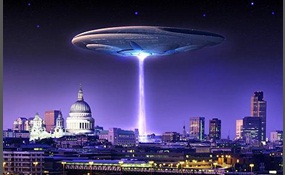 How much is the American people actually being told about UFOs and alien life?

When Gary McKinnon hacked US military systems he found evidence of a secret space fleet. The US tried to get him extradited to stand trial, but England, our closest ally, would not turn him over. Why is that and what are we not being told?

Our government lies about everything. Who are we kidding? They will never tell the truth. But there is life on the Moon and Mars.

3 votes
2 comments
Our government lies about everything. Who are we kidding? They will never tell the truth. But there is life on the Moon and Mars. - Voter Comments

1814Username says2014-07-13T17:37:40.5773492-05:00
Report Post
The University of Tennessee released a study that shows the moon is full of water. Mars has photos of what looks like canals. Whenever the rover gets close to something that may be extraterrestrial, it has technical difficulties. It is kind of like the video of a craft coming into our atmosphere and then we see a missile shot at it and then the vehicle stops and flies away. But NASA said it was a free floating ice crystal. Such BS.

I believe my government because they have never lied to me before. We are all alone in this infinite universe.

2 votes
0 comments
I believe my government because they have never lied to me before. We are all alone in this infinite universe. - Voter Comments
No Comments
Vote & Comment
Leave a comment...
(Maximum 900 words)

Burncastle says2014-07-13T18:30:56.6340705-05:00
Report Post
So... Either the government lied about there being life on the Moon OR we are alone in the entire Universe and the government never lied. Would it be patronizing to say that this is a ridiculous false dichotomy?

1814Username says2014-07-13T18:49:36.2941675-05:00
Report Post
Sources? Try typing Gary McKinnon in Google. Go read the interviews from astronauts and even video of them stalking about this. It is everywhere. Go read about Buzz Aldrin and the Phobos Monolith.

quitbitchin says2014-07-14T10:58:54.6816824-05:00
Report Post
Sources! You never give any liable sources like links. All you just put is your OWN detailed descriptions. And another thought, why are 90% of your polls about Americans? Are you an American hater? Cause you should just make a poll saying do you hate Americans?