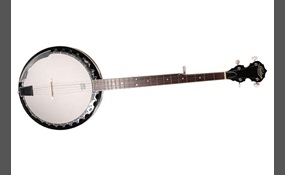 How often do you check out the "Post Unvoted Debates Here" thread when you are not doing so to post your own unvoted debate?

Hypocrisy is the state of falsely claiming to possess virtuous characteristics that one lacks. Hypocrisy involves the deception of others and is thus a kind of lie.Hypocrisy is not simply failing to practice those virtues that one preaches. Samuel J... ohnson made this point when he wrote about the misuse of the charge of "hypocrisy" in Rambler No. 14:Nothing is more unjust, however common, than to charge with hypocrisy him that expresses zeal for those virtues which he neglects to practice; since he may be sincerely convinced of the advantages of conquering his passions, without having yet obtained the victory, as a man may be confident of the advantages of a voyage, or a journey, without having courage or industry to undertake it, and may honestly recommend to others, those attempts which he neglects himself.Thus, an alcoholic's advocating temperance, for example, would not be considered an act of hypocrisy as long as the alcoholic made no pretense of sobriety   more
0 votes
0 comments
Rarely. - Voter Comments
No Comments
Vote & Comment
Leave a comment...
(Maximum 900 words)