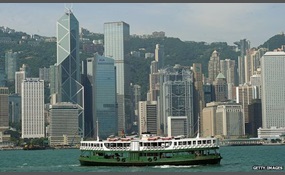 How should Hong Kong be governed?

This is a poll for a proposed referendum which the Hong Kongese should be entitled to have. Being Chinese would mean continuing the Chinese rule and possibly losing autonomy by 2047. Being independent would mean that Hong Kong keeps its autonomy but China is a threatening power and could easily invade Hong Kong (They threatened the British to give it back that way). Being British still allows autonomy as a British Overseas Territory and defence and protection from the British army (allied with NATO, so the

Remain a Special Administrative Region of the People's Republic of China

Carolean_Karl says2016-06-03T05:34:41.2037715Z
Report Post
This would be the best option so long as Hong Kong is under the protection of a larger power such as the US/NATO, probably in a similar way to Japan or Taiwan. Hong Kong would have complete control over its own laws and have its own UN ambassador.
Vote & Comment
Leave a comment...
(Maximum 900 words)