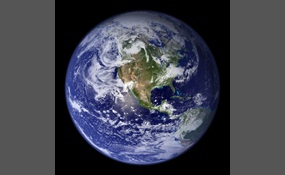 How was the Earth made?

Describe your thought and tell me if I was wrong about the descriptions. 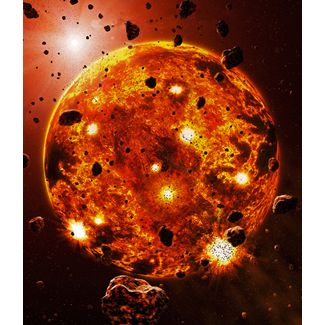 The clumping together of rocks in space

SamW says2015-04-30T09:36:19.2589306-05:00
Report Post
While the big bang most likely created the universe, matter and particles, it did not create the Earth. The gravitational pull of a large body of rock drew other bodies of rock to it and eventually formed the Earth. 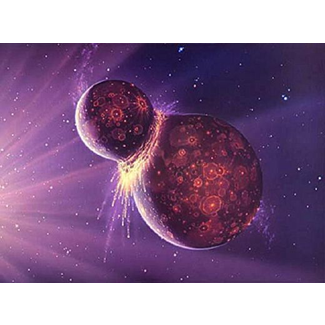 A particle (I think) crashed into another, and they kept crashing into each other until they crashed into a huge comet. That then had a huge explosion and made the world. 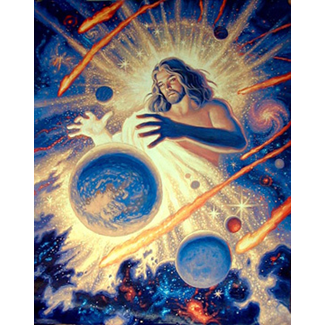 God created it in some way 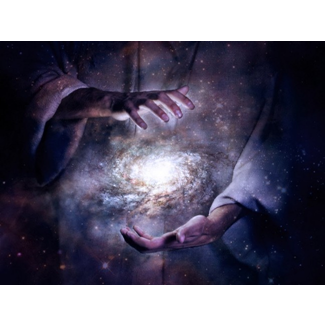 God created earth and the universe within 7 days. Before this there was nothing. 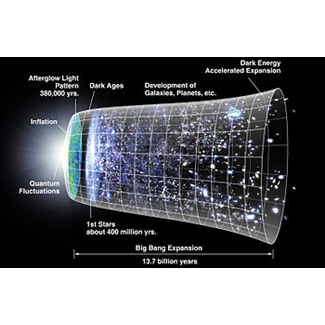 God designed the universe for humans to come into existence. 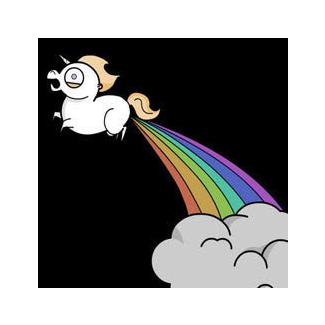 A unicorn vomited up the world. Then end. 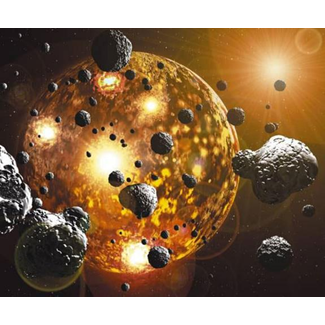 There is an infinite number of universes, and the one we are in had a planet form from gravity pulling rocks together into what is currently known as earth.

There is an infinite number of universes, and the one we are in had a planet form from gravity pulling rocks together into what is currently known as earth. - Voter Comments
No Comments
Vote & Comment
Leave a comment...
(Maximum 900 words)

Mathgeekjoe says2015-04-29T14:29:14.1629306-05:00
Report Post
"Whoever put the infinite number of universe one should be more accurate as the multiverse theory is not "widely accepted"." String theory is commonly accepted, string theory says there is multiple universes.

debate_power says2015-04-29T16:00:18.3738605-05:00
Report Post
Can you give me the overview on string theory? I must confess that I don't know much of it. I was set back on my scientific knowledge somewhat thanks to my short-lived obsession with politics.

TBR says2015-04-29T16:10:55.7008605-05:00
Report Post
@debate_power - Well that's not hard. No, seriously. Go searching. There is nothing to put in a couple poorly formatted paragraphs that will get you anywhere on what string theory is. I will say, however, aptly named, it has to do with actual strings. VERY VERY SMALL strings. For just about any of it to work, it needs extra spatial dimensions.

Mathgeekjoe says2015-04-29T20:41:07.2076068-05:00
Report Post
TBR, I am slightly upset you didn't vote for "There is an infinite number of universes, and the one we are in had a planet form from gravity pulling rocks together into what is currently known as earth." I am guessing I wrote it wrong?

debate_power says2015-04-30T09:58:01.9848320-05:00
Report Post
@TBR Well, if it's as simple as you say, I will do just that. I have a feeling that it has to do with very small strings of energy whose oscillations form different particles- "very, very small strings" tipped me off. Superstrings, right?
Privacy Policy | Terms of Use
Sitemap | View Desktop Version
©2020 Debate.org. All rights reserved.