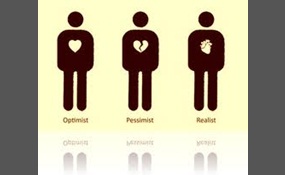 Realism in the arts may be generally defined as the attempt to represent subject matter truthfully, without artificiality and avoiding artistic conventions, implausible, exotic and supernatural elements. The term originated in the 19th century, and ... was used to describe the work of Gustave Courbet and a group of painters who rejected idealization, focusing instead on everyday life.In its most specific sense, Realism was an artistic movement that began in France in the 1850s, after the 1848 Revolution. Realists rejected Romanticism, which had dominated French literature and art since the late 18th century. Realism revolted against the exotic subject matter and exaggerated emotionalism and drama of the Romantic movement. Instead it sought to portray real and typical contemporary people and situations with truth and accuracy, and not avoiding unpleasant or sordid aspects of life. Realist works depicted people of all classes in situations that arise in ordinary life, and often reflected the changes wrought by the Industrial and Commercial Revolutions. The popularity of such 'realistic' works grew with the introduction of photography — a new visual source that created a desire for people to produce representations which look “objectively real.   more
17 votes
3 comments
Realism - Voter Comments