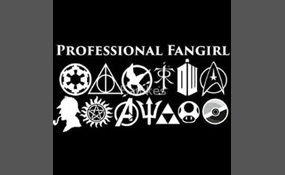 Which is better guys? I personally vote for TMI though I just finished reading Catching Fire

The Hunger Games is a 2008 science fiction novel by the American writer Suzanne Collins. It is written in the voice of 16-year-old Katniss Everdeen, who lives in the dystopian, post-apocalyptic nation of Panem in North America. The Capitol, a highly...  advanced metropolis, exercises political control over the rest of the nation. The Hunger Games is an annual event in which one boy and one girl aged 12–18 from each of the twelve districts surrounding the Capitol are selected by lottery to compete in a televised battle to the death.The book received mostly positive feedback from major reviewers and authors. It was praised for its storyline and character development, though some reviewers have noted similarities between Collins' book and Koushun Takami's Battle Royale. In writing The Hunger Games, Collins drew upon Greek mythology, Roman gladiatorial games, and contemporary reality television for thematic content. The novel won many awards, including the California Young Reader Medal, and was named one of Publishers Weekly's "Best Books of the Year" in 2008   more
9 votes
1 comment
The Hunger Games - Voter Comments

Sole_Executioner says2017-04-26T09:27:34.7139238Z
Report Post
I hadn't known the mortal instruments until now . Mortal instruments is good but only because of Sebastian and I was hoping he and Clary would end up together ...Since they didn't ..Hunger games wins lol
Privacy Policy | Terms of Use
Sitemap | View Desktop Version
©2021 Debate.org. All rights reserved.