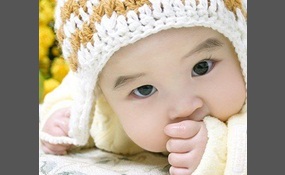 If I were to marry a Southeast-Asian American, what racial category would our children be in?

My father's white Scottish and my mother's mixed race English (my grandfather's Nigerian), so I'm mixed race British. P.S. I picked some of the baby pictures at random, I couldn't find any good ones.

Multiracial is defined as made up of or relating to people of many races.In the United States, the 2000 census was the first in the history of the country to offer respondents the option of identifying themselves as belonging to more than one race. ... This multiracial option was considered a necessary adaptation to the demographic and cultural changes that the United States has been experiencing. Cuba, Israel, and Malaysia are multi-racial societies   more
3 votes
1 comment
Multiracial - Voter Comments

Eskimo is a term for the indigenous peoples who have traditionally inhabited the northern circumpolar region from eastern Siberia, across Alaska, Canada, and Greenland. The term is sometimes considered offensive, although it is not, in its linguisti... c origins, a fundamentally offensive word. Alternate terms, such as Inuit–Yupik, have been proposed, but none have come into widespread acceptance. Two main groups have historically been referred to as Eskimos by outsiders: the Yupik and Inuit, especially the Inupiat people of Alaska. A third group, the Aleut, is closely related.The two main peoples known as "Eskimo" are the Inuit of northern Alaska, Canada, and Greenland and the Yupik of Central Alaska and Siberia. The Yupik comprise speakers of four distinct Yupik languages: one originated in the Russian Far East and the others among the descendants of people who had migrated to Western Alaska, Southcentral Alaska and along the Gulf of Alaska coast.The term "Eskimo" is still in use, particularly in Alaska, to include both Yupik and Iñupiat. In Canada and Greenland, the term "Eskimo" has fallen out of favor as it is sometimes considered pejorative and has been widely replaced by the term "Inuit," "Alaska Natives," or other terms. Alaska Natives refers to all indigenous peoples of Alaska, including indigenous peoples of the Pacific Northwest Coast and the Dene   more
1 vote
0 comments
Eskimo - Voter Comments
No Comments
Vote & Comment
4

The very definition of an American is that they are un-American. Americans are muts from the melting pot.
1 vote
0 comments
American - Voter Comments
No Comments
Vote & Comment
6

jessica044 says2014-06-17T07:06:17.8151513-05:00
Report Post
Hello dear My name is Jessica cudjoe I know that this email will meet you in a good health and also surprisingly but God has his own way of bringing people together. Nice to Meet you i wait impatiently to read from you I would appreciate if you send email to my private email box please reply me with this email ( jessicacudjoe16(at )hotmail.Com ) So I can send my pictures and explained more about me Yours Jessica
Privacy Policy | Terms of Use
Sitemap | View Desktop Version
©2021 Debate.org. All rights reserved.